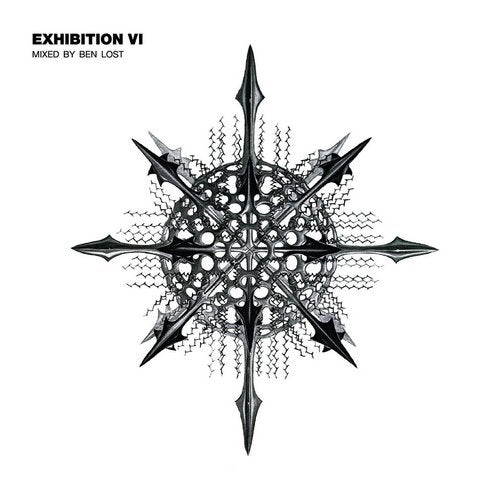 It's been four years since BEN LOST mixed EXHIBITION V, a release that marked his full-time return to the label after 'the sabbatical to end all sabbaticals', and seventeen years since LOST001 was released when he first took hold of the reigns as an "eager, wide eyed trance foal".

Since the labels inception, he's made no secret of his desire to mine that late 90's 'Golden Age of Trance' vibe, albeit with crisp, modern production techniques - "never drowning in nostalgia, happily treading water" - something BEN LOST has captured here on EXHIBITION VI, his fourth and most recent in the series.

Tim Bourne's 'Unconditional' remix of Guardians of Valhalla set's a wistful, melancholic mood reminiscent of those deeper moments on Tiesto's early ISOS compilations, with Relaunch's unreleased rework of Funny Place Called Life finding a home four tracks deep, alongside Labyr1nths remix of Audio Noir's Lonely Empire, both of which nod to the techier side of EL EL's sound.

The transition from 'Beyond the Horizon' into Simon Templar's 'Oblivion Part 2' has an old school drop that we'll never tire of, and wouldn't have been found had BEN LOST "foolishly stuck to mixing in key", with The Monastery, Weaver of Black Noise and Violetta having become something of a trilogy in their own right, his "Gull into Last Trip to Paradise", Oakey geeks.

Peter Steele and 3 Access & U feature more than once, and deservedly so, epitomising EL EL's classy, driving trance ethos - check Nirvana, Machine and We Are One - and in the energy soaked third quarter, Mac & Monday deliver a slamming remix of Jamie Baggotts 'Exodus', before Paradox - another hugely talented UK prog star - gets the D-Code treatment on his Can't Change the Wind release, featuring a late night chin wobbler of a breakdown, a proper moment and an HQ highlight.

BEN LOST says; "EXHIBITION VI will be my 4th in the series, always presented as a puzzle, with every inclusion having a fresh LL catalogue number, but once I'd found the corners, the rest came together, with tracks and remixes appearing in my box just when I needed them. Chris Porter's stunning rework of Tilt's Angry Skies and the acid bounce of Paul Hawcroft's Evolution being perfect examples of this, not to mention Peetu S's capital 'T' Trance remix of Inner Laugh, a deliciously sacrilegious way to end the comp".

"I'm really proud of this compilation and all the artists featured, and without going into too much detail, I wasn't even sure if this mix would see the light of day, as music gave way to more pressing, personal struggles, but despite operating in what seems like an entirely different time zone to those on the outside, I feel LOST LANGUAGE can go on, on and on......way beyond this landmark, 150th release." - Amen.

"Infinite love to all the artists, labels and fans for their passion and patience along the way".