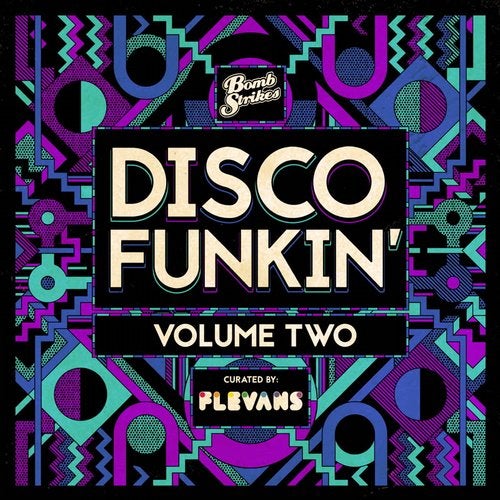 Bombstrikes return with the second instalment of their Disco Funkin' compilation series, this time with Flevans in the hot seat. With the previous album hitting the top of specialist sales charts, gaining wide spread acclaim and radio support, the task of moving the series forward was always going to be a big ask. However, having released 5 albums with labels such as Tru Thoughts, Jalapeno and Lack Of Afro Records, and counting Zoe Ball (BBC Radio 2) and Craig Charles (BBC 6 Music) amongst his supporters, Flevans certainly has the pedigree and is more than able to take the series on.

The history and understanding Flevans has for all things Disco and Funk related is very much on show here with his fine choice of tracks selected. Showcasing some of the classier sides of the genre, the album takes its listeners on a musical journey. Once again featuring a selection of album exclusives, including new material from Flevans himself and some stone-cold classics and new discoveries from some of Disco's biggest hitters such as Purple Disco Machine, Dimitri From Paris, Ray Mang, Kraak & Smaak and Art of Tones. The album can be enjoyed both as a whole collection or as individual tracks, such is the calibre of curation on show here. There is also a continuous mix delivered sublimely by Flevans. All in all this series looks like it has already developed into something special.