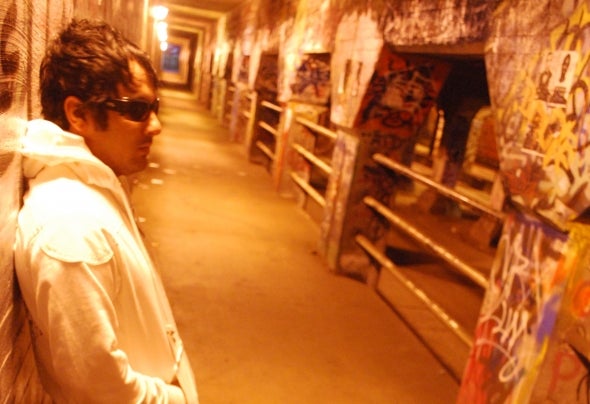 For Munir music is more than a passion, a way of making a living or even an obsession. For him is a way of life, the way of expression that keeps his mind alive. That is the main reason he's range and diversity in music is extensive.As a DJ he has held residencies playing some of the most awkward music, which has opened him to a broad spectrum of mixing possibilities. He's an effect junkie with DJ gear and takes a lot of risk with his mixing in order to use his creativity to the maximum potential and generate originality every time he plays out.As a producer and musician he has worked on a vast range of styles as well. From an early age he has played guitar and that has translated as one of the main ways he makes music today. He is presently working on a debut album with M.O.M, which is a band he started, that combine styles such as rock, alternative and chill out with electronic elements. Munir has multiple releases under different labels worldwide and has received the support from well known artists and the respect from the local electronic music scene.He currently lives in Atlanta and is the founder of the electronic music record label Revolt Records. Which evolved from an event company called Volt that held some of the biggest and most memorable underground electronic music warehouse parties and after-hours in the city of Atlanta. Munir has played in all the major clubs of the city and in festivals all over the south east of the U.S