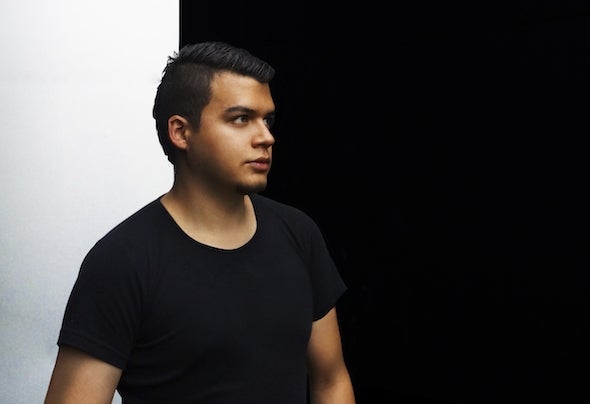 Carlos Aguirre from Quito, Ecuador located in the middle of the world . V-CIOUS project was formed in 2012 , with its roots in house and minimal bring new sounds with a meaning and innovative to people with good taste. Has accomplished much in a short time and shared shows with Robert James (Hot Creations), Audiofly (Supernature), Sandeman (Crosstown Rebels ), James Teej (Last Night On Earth), Robbie Akbal (Akbal Records), Supernova (Lapsus Music) among others. At the end of 2014 Carlos Aguirre creates his own record label to give opportunity to national and international artists called Sleepless Records, this has already been positioned as one of the best and most promising brands among Ecuadorian labels. His works have been supported by great artists such as Blancah , Animal Picnic, Cios ,Richie Hawtin, Magit Cacoon, Popof, DJ Tennis , Laurent Garnier, Marco Carola, Dj Diass, Marco Resmann, Stas Drive, Mitch Alexander, Jean Claude Ades and more. In August (2015) V-Cious was the winner of the first remix contest by Upon You Records at Beatport Play , with his interpretation of the original track of Magit Cacoon - Freedom Is Timeless, chosen from more than 250 remixes. Having the honor of being part of One of the most recognized labels Upon You Records from Germany . Now focused on production, he has collaborated with artists such as Mikalogic (Suara-Noir Music), Dj Diass (303 Lovers-Incorrect) , Dizharmonia (Steyoyoke) , Rauschhaus (Parquet-Einmusika), THe WHite SHadow (FR) (Katermuke-Stil Vor Talent) and Arude (Steyoyoke-KDB) . 2017 V-Cious release his first Vinyl release for Record label Resopal Schallware . Stay tuned for more.