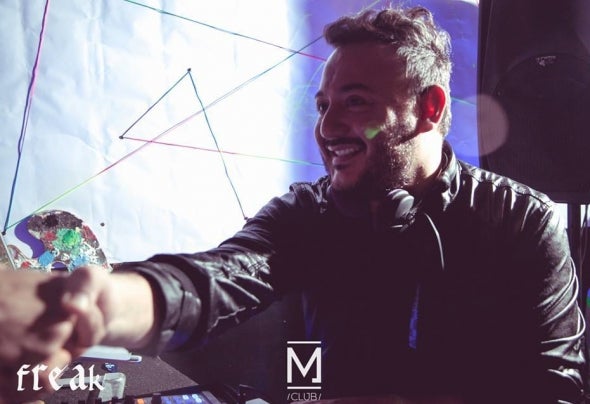 Born in Buenos Aires Argentina in 1980, in a house filled of electronic music he, at the age of 9 discovered the beet of the Technotronic in 1989 which has marked his musical taste until now.This DJ and producer made himself a strong character in house music in the 90's. Becoming a fan of electronic music, he started his career as a DJ with only 15 years in Buenos Aires, achieving over time to be resident of several clubs and bringing the best groove to the nightlife scene.In the year 2000, he comes to Spain, a country that gives him the opportunity to becomebetter and offers the security to begin his career as a producer, achieving to sign with labelslike Electro Superstar, Baccara, Prossession Recordins, Benny Records, Similar Records,Bikini Records, Ritual Music, Unison Recordings, Hutman Records, Berlin Aufnahmen andothers...Today, available on Beatport, Itunes, Masterbeat, Discogs, Dance-tunes and more... ...He continues with the firm idea of working hard and finding a place among the big names.