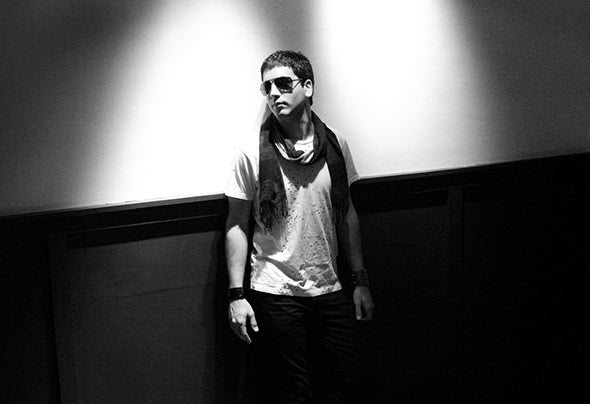 At a very early age he started to show his passion for music, but was only at the age of fourteen that he became a dj.Nexus born in 2005, playing at local bars and small clubs earning a lot of acceptance among the public and quickly reaching to play in most important clubs of Argentina and many Latin American countries such as Colombia, Peru, Ecuador, Mexico, Uruguay, Paraguay, Brazil, Chile and in festivals like SAMC and Creamfields Buenos Aires in 2005 and Universo Parallelo 2013 in Brazil. He also performed in several clubs from Italy and Spain, like Millionaire Club in Palinuro and T xuribeltz at Pamplona, as well as in legendary clubs like Bora Bora Ibiza, Plastik Beach and Pacha Mallorca, among others, during summer of 2012.In his sets he reflects a delicate combination of atmospheres created by the blending of several percussion layers with defined tech and funky bass lines. This what you hear in his 4 decks live show + dj set, where he combines in a very unique and personal way, fxs, loops and live created samples, resulting in live remixes and mash-ups of each track he plays in every presentation.As djing wasn't enough he gets into the musical production world and very soon he graduates with the titles of Producer in Electro-Acoustic Arts, Musical Production Technician, Electronic Musician and Audio Post Production Technician for Films and T V during 2007, 2008 and 2009.Under Nexus DJ & Mon and Narada, he signs in many labels such as Material, Material Limited, Recycled, NuLogic, Cimelde, SK Supreme, Structure, Cr2, Azuli, Quanticman, MBD, Keep On, ExpMental, Expectancy, Catslovesbass, Undeliving, Tip Tap Records, E-Minor y My Little Cat, among others. In late 2009 he stars to work at Pild Records as Label Manager, A&R & Co-Owner with Roberto Lewinger and his partner Monica Alamo. His successful work during 2010/11, drew the attention of the Colombian Toby Holguin, owner of Miami based label Basswalk Records, who called him to collaborate on Basswalk as Label Manger and lately in 2013 as Label Manager in Bad Barbie Records.With his eagerness to keep generating, Nexus started a new musical project as Re Us with her partner Mon, which born naturally from the combination of their ideas and vision upon new music trends. Housy undertone, hypnotic rhythms and soft techno grooves, is what truly represents their unique and peculiar sound, with which they had great impact on the international scene where artists like Richie Hawtin, Carl Cox, Marco Carola, Someone Else, Tony Dee, Neverdogs, Luca M, to name a few, include their tracks on his sets several times.