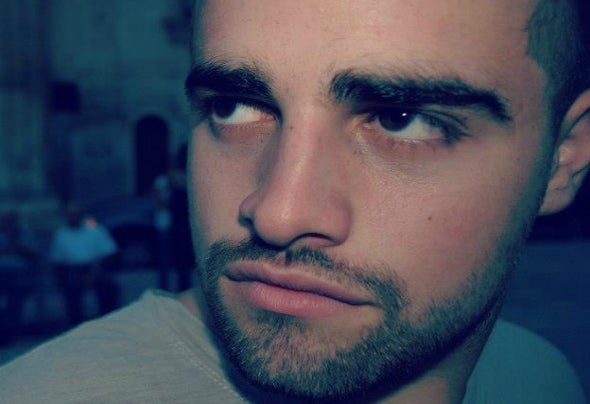 The Drunkers (Italy) Are a young italian minimal talent composed by a main Producer (Elia Causarano) and a main Dj (Alberto Arcidiacono). The duo were initially composed of a main producer and a main dj, but in recent times both are quite capable of producing both to mix, at this time they are especially known for their Abusive remixes.Abusive means that they are able to make a remix without having the original remix pack, but just using samples extracted from the original mix or from other existing mixes of the same track, until now a lot of these remixes have been accepted by both labels by the authors of the original versions for exampleJoe Maker's "Minimal Female" that reached the 9th position in the Top10 Minimal, or the Avrosse's minimal masterpiece "That Beat", or the Andrea Roma's "Pi Pi Pi" just accepted from him and soon it will be released on his label Human Garden Music. Their Best track "Push & Pop" reached the #12 position and stayed on top for 4 months! You Can find a lot of their unreleased stuffs surfing into the network! They Are Official remixers of Minimal artists as Andrea Roma, Matteo Poker, Manel Diaz, Robin Hirte, Joe Maker, Avrosse, Giulio LNT, Tony Kairom, Dani Sbert, Mark Denken etc... Their style is in constantly evolution: right now is a little bit funky with a characteristic bouncy bass that represents it, focusing in creating something different from the actual minimal scene as you can listen in their track "Da Phat Tuba" released on Hamburg Aufnahmen or on "I Haven't The Slightest" released on Bosphorus Underground Recordings where they used the same beat of dubstep but using the classical minimal percussions. The Drunkers (Italy) Also started to make tech house and techno.In the first months of the 2012 they started playing in clubs of Switzerland and Germany with and lot of upcoming gigs booked for that year.Stay Tuned because the best of these artists is yet to come.