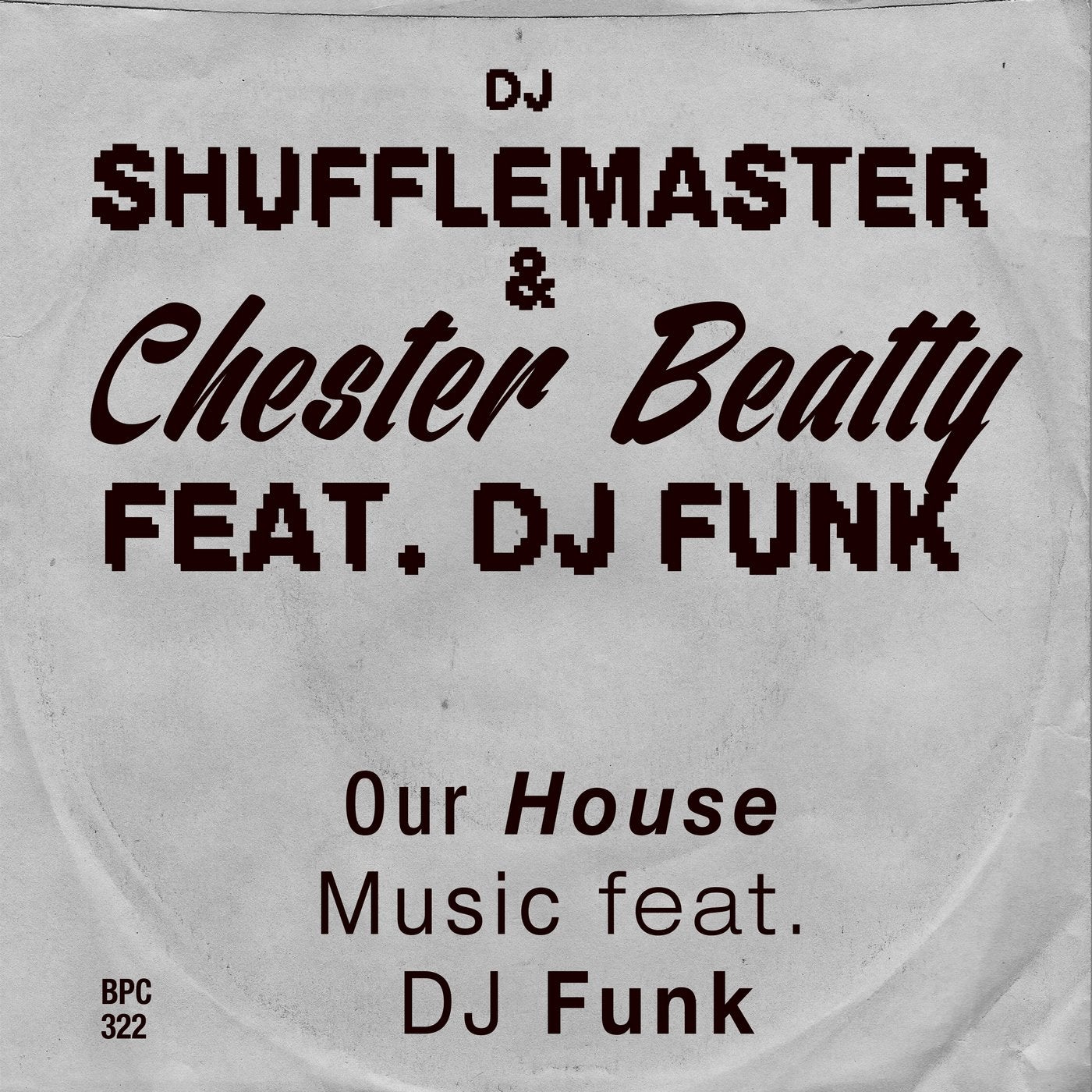 Were not only kicking off the new year 2016 in some bootylicious fashion, but with a special release by the axis Tokyo-Chicago-Berlin. Both the Japanese techno legend DJ Shufflemaster as well as his compatriot and partner-in-crime Chester Beatty will debut on BPitch. Since their first joint EP from 1997 on Robert Armanis label Cloned Vinyl, the duo held a special connection to Chicago, the origins of house music. By saying Chicago, we also have to mention the legendary imprint Dance Mania. One of its members, Charles DJ Funk Chambers, is still considered as the synonym for the rough and raw ghetto house sound penetrated by TR-808 and TR-909. The oldschool track Our House Music by DJ Shufflemaster & Chester Beatty bows to the still timeless chi-town style with its distinctive, analog-driven synth bass line, rattling hi-hats as well as warm and epic chords. Its an impressively simple arrangement that spreads a nostalgic drive with its glockenspiel intermezzo and the iconic vocals by DJ Funk. The remix by DJ Tasaka is not only highlighting the delay on vocals and some atmospheric soundscapes, especially the 808 drums and the 303 bass lines are reminiscent of the futuristic classic Chicago acid. Work It! Pump It! Jerk It!