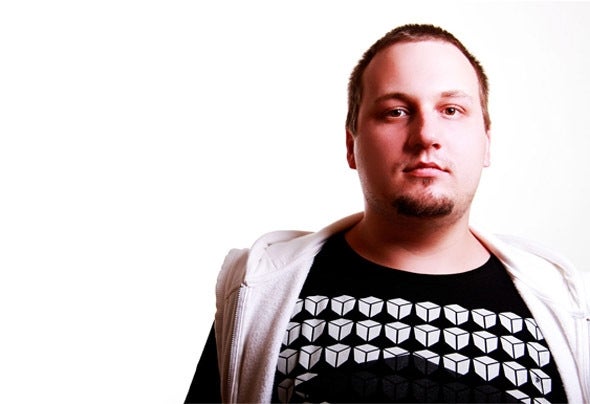 Oleg Flame is the fresh and talented music producer from New York City. He was born in 1987 in Russia. When he was 17, he tries to make electronic music. When he was 18, he tries to play music on decks, and it launched his music career as a DJ and an electronic music Producer. When he was 21, he comes to the United States of America and seriously tries to send own tracks to record labels in the US and outside. Oleg heard sounds of music since the birth. His father was interesting in music and able to play at least 5 musical instruments, including a saxophone. Elder sister was playing the piano. From early age Flame tries to make various musical instruments – guitars, pipes, lip accordions by him. He interested of everything what was able to make a sound. Parents, seeing obvious musical bents of the child, had sent him to musical school as the sister – to the piano class. But the classical music education had not involved young talent. Musical school had thrown away, but in the senior classes of high school, having changed a piano to the synthesizer presented by the father, he has created with two friends band R-Line, they worked in hip-hop style . Lyrics and music they wrote himself, they recorded in house “studio”. The band took part in various small competitions and festivals where, actually, participants of collective and have got the first fans. In that time they were a school DJ`s – they both sound producers, and workers of a scene, both singers, and dancers, and Oleg also DJ. Actually DJ Oleg Flame was born on a school scene. Love to the music and bent to experiments has solved business: since this moment he seriously takes a great interest to the producing. Work for the most famous clubs of a city. From 2005 involved by pioneers of minimal and techno such as Richie Hawtin, Ricardo Vilabobos, Sven Vath, Oliver Huntemann, Stephan Bodzin he started experiments with music creation, and choose Minimal, Tech House, Techno and Progressive as main styles, studies new musical computer programs.