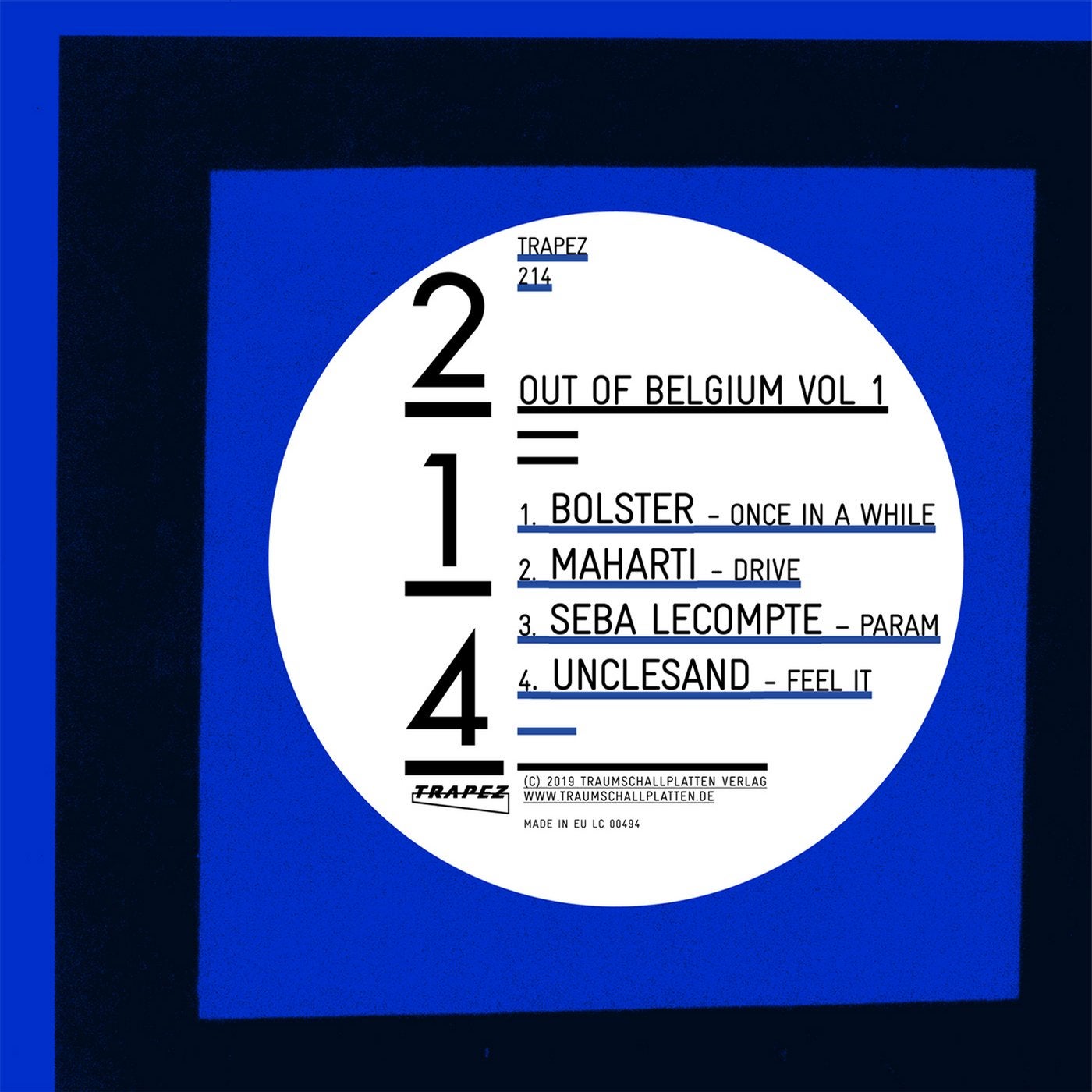 We have compiled the pure Belgian Various Artist release "Out Of Belgium Vol 1" to explore the Belgian underground. It all started with Maharti who has released a successful EP already on our label and now we are ready to explore some authentic Belgian trax.
Being influenced by Belgian techno in the mid 90ies we had some nostalgic feelings and we think we made a nice dip into contemporary techno with these 4 tracks.

Bolster are composed of Jo Smeets and Michaël Aerts whos music is ofter referred to as dark and heavy techno music.
The Belgium producers have been a force for some time and contribute here with "Once In A While" a mighty, gloomy and dark powerhouse of a track.The breathing organic movement they install here skillfully results in a liveliness you expect from fine techno.

Maharti has successfully released a debut EP on Trapez and returns with the compelling track "Drive" that works in terms of a robust stop and go feeling to create movement on the dance floor.

Seba Lecompte based in Gent is an techno institution being around for some time now as a DJ with a lot of residencies and is connected to virtually everyone that has a name in the techno world. His techno productions are famous for their warmth and his track "Param" is no exception transporting a lot of feelings in between of elements in a sublime way.

Unclesand are a duo who have shared their interest in club music for the past 2 decades. They are known to blend techno with a house undertone and have a very intuitive quality in their music which has been developed through their numerous performances in Belgium. They have been supported Joris Voorn, Karotte, Ramon Tapia and many more and have recently played at Tomorrowland, ADE, Extrema Outdoor, Labyrinth Open Croatia, Café dAnvers and many more.Their track "Feel It" could not put it in better words what the track stands for as the track is a perfect continuum of sequences and sounds, quite hypnotic and transcendental.

Out Of Belgium Vol 1