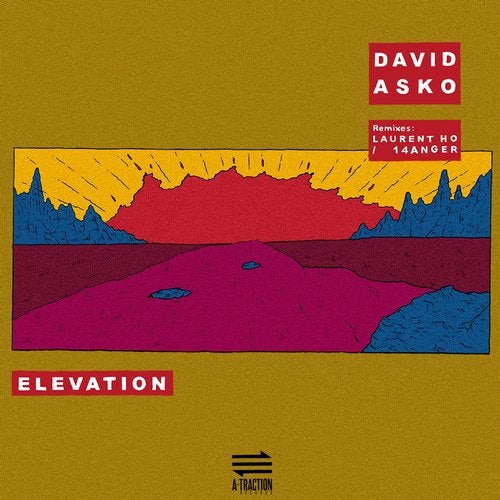 French DJ David Asko presents his latest release from A-traction Records (created by Marc Ayats), 'Elevation EP,' showcasing the dark techno he is known for. His hardcore style is influenced by his participation in the 90s rave scene, at which time David organized raves in Lyon and St Etienne before relocating in the early 2000s to further his music career. Now resident DJ at Magazine Club in Lille, David released his first EP on A-traction records earlier this year. This coming December he will release his second EP on the label, 'Elevation,' a sampling of hard-hitting techno with an industrial edge. David Asko opens the EP with "75000," which begins with a minimalistic style before building to a more dramatic variation and layering complete with a looped vocal sample. He returns to a purely instrumental composition in the next track, "Techno Therapy." As with the previous song, "Techno Therapy" builds from a simple, repetitive intro to a dynamic midsection. Next up is 14Anger's remix of "75000" which recalls the heavy bass of the previous track. Samples give this version of David's track a different texture while maintaining the original energy and intensity. Laurent Ho follows suit with his remix of "75000," featuring fast-paced beats and deceptively thick minimalism. Taken together, 'Elevation EP' is a prime example of David Asko's dark techno.