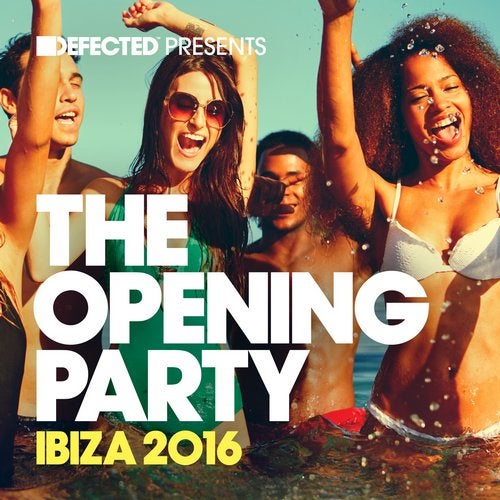 Continuing to be at the forefront of Ibiza's thriving house music scene, Defected presents The Opening Party Ibiza 2016 is an eclectic collection of tracks that are set to be the standout anthems on the White Isle this summer.

Whether you're partying at Space, Amnesia or Pacha, these are the records you can expect to hear thumping out of the speakers, providing a true reflection of that special opening party feeling in Ibiza. Highlights on the album include Bicep's euphoric remix of 'Higher Level' by Isaac Tichaeur, Disclosure's futuristic rework of Flume's 'Never Be Like You' and Floorplan's disco-house smash 'Tell You No Lie' sitting alongside upfront records from the likes of Purple Disco Machine, Sonny Fodera, Crookers and Alaia & Gallo. This compilation gives you all the ammunition you need to prepare for the opening month of the season.

Defected presents The Opening Party Ibiza 2016 also features two perfectly crafted mixes, making this the must-have release for house heads both on the island and those staying at home.