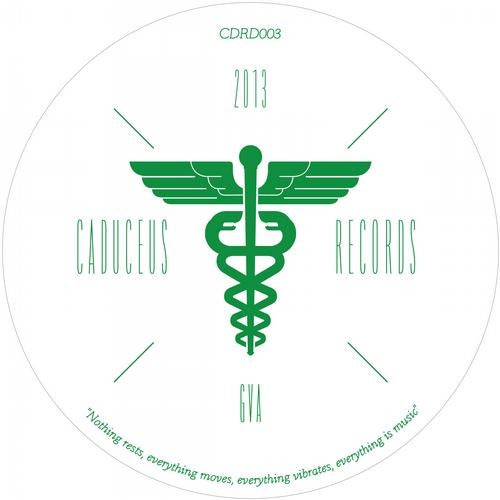 With a background that stretches from California to Canada and a discography going back to 2007, Stefny has journeyed across the landscape of North America. Moving from house and drum and bass through minimal, her sound has transformed into something unique that resists comparisons even as its roots remain clear. The strong support from Pheek's Archipel Musique a label synonymous with creative, minimal dancefloor music since 2004 provided her with a home to develop her music, but along the way she surfaced with releases on Contexterrior and well-received remix projects. It's thus with pride Caduceus Records presents Dancing on Matter, her digital debut for us featuring three tracks of originals alongside two remixes. Starting with Bounce MMM, there is an obvious sophistication, whether in the adroit, shifting percussion or the funky, fluttering pads that swell with interjections of shouts and sung syllables pushing the beats forward. It eventually gathers a swinging strut with counterpoint in the bass for emphasis. The title track is dubbier and more subdued and equally full of subtle production flourishes, but it too builds in its second half as layers stack into slow harmony. Shooting Stars works more in a familiar single-chord dub framework to start, but the funk from its intro returns full-force in the second half for a propulsive finish. Lad's remix references the classic, pitched-down vocals and heavy pound of house but moves in an altogether more modern direction, especially in its dystopian ending. Finally, Quennum's remix of Bounce MMM is both stranger and simpler than the original, a mixture of circling drums and odd keyboard bits that is both sinister and fun.