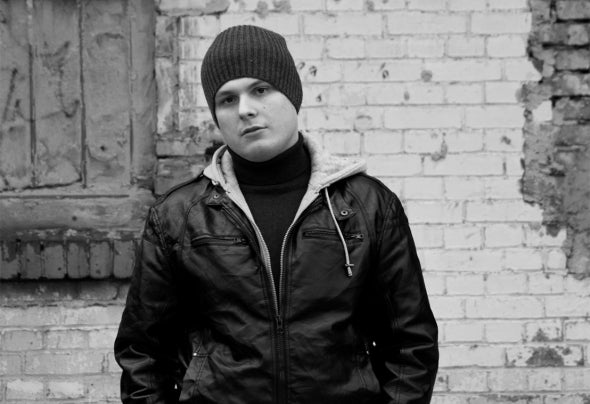 Kamil Kos as known to bigger audience as DJ Equan - who was born on 17th of October 1990 - is a polish music producer coming from Chorzów, Silesia (Poland). Been fascinated by electronic sounds, he decided to take first steps into club world in the age of 12. However first successes, came out after 3 years, due to his growing music skills. In June 2005 DJ EQUAN project was created. First two tracks that Kamil made underneath this alias were: "Night Beach Party" and "Return To Holiday". The biggest production that made DJ Equan recognizable was a remix made for DJ Xtreme's "Game Over" which was released in the end of 2005. Since than he met new people that shared his thoughts and passion (producing tracks and djing) for example V-TraxX with who he spent long hours sharing music ideas and technic skills. Year 2006 & 2007 was year of next Equan's productions, that were really well reviewed by big lot of people, not only in Poland, but also in the whole Europe. Tunes of Kamil where supported by many abroad radio stations f.e. Sunshine live (Germany). The breakthrough in Equan's career was tune named 'Break it' which was for short time his main tune, which people recognized. Unfortunately Equan could not get into bigger world, so he had still to wait for his chance. His first music steps have been taken into Hands Up music with elements from other styles, he have tried to make most energetic style, and this have been the main thing which made him unforgettable. Nowadays his music is completely different from so-called first steps, and this decision he made in the 2nd half of 2007. Since than Equan has changed the direction not only of producing music but in his decisions - the past could not have any influence on what he is doing right now - and this is what happened. In 2008 he went into collaboration with Sensitive Square Records, where he released his first "electric" tracks like 'Fast Food' or 'Connection'. The last one was a spot on – Top 20 sales in many stores, What is more it was supported by DJ's all around the world in different radio stations. “Fast Food" released including Peter Fern remix, was also a success for this producer. In 2009 next came up new releases in Sensitive Square Records: „Operation D”, „Gigabyte”, „Psycho Bikers”, and new alias: "Tom Moonway" under which Kamil experiments with more vivid and melodic tunes. At present he is in Plasmapool Media Entertainment.