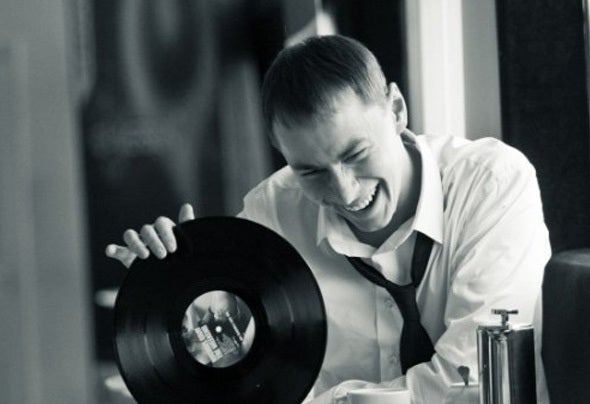 Alexander Borisov (D-Frost) – Dj, musician, remix creator. He is a world music labels’ artist - System recordings (USA), Nueva Digit al (Canada), Radio Record Music Label (St. Petersburg) SK Yaris Records (USA), FreeSound Records (Moscow), AVSR Records (Greece), Disfunktion Records (UK), Bdivision (Italy)... D-Frost is a professional, perfect at the refinements and aspects of his work.Before giving a performance at the console, he was interested in music since the childhood. Alexander got music education. He learned to play the piano and the guitar, later participated in different music projects. Having become a master in djing quickly, Alexander considered Russia to be not enough for his career. So, in 2009 he moved to the USA where he kept on music activity development. Also, here in the USA, he created his first own work. After coming back, he switched over to modern computer technologies,t hat allowed him t o reveal his creat ive pot ent ial. And at the present time, when creating and performing, Alexander uses only the newest software – Ableton Live & Tractor Pro.While Djing D-Frost supervised few successful radio- shows, created a unique musical design for different cafes, restaurants and fitness clubs. Alexander Borisov as D-Frost took part in the international competitions among djs - Movida Corona King of Djs 2010, 2011. he visited a huge number of clubs in Russia and abroad (Pacha, Insomnia). His tracks got supported Axwell, Eric Morillo, Alex Kenji, Kevin Sunray, Sasha Le Monnier and in many popular radio-show. Today D-Frost is an artist of many musical labels all over the world. He is a welcome visitor in abroad&local radio/internet stations. He is active in performing on tours in Russia and abroad. Moreover, despite the event scale, Alexander exerts himself in total. Alexander isn’t going to stop at what has been accomplished. Collection of his new tracks, interesting partnerships and new visited places all over the world constantly increases.