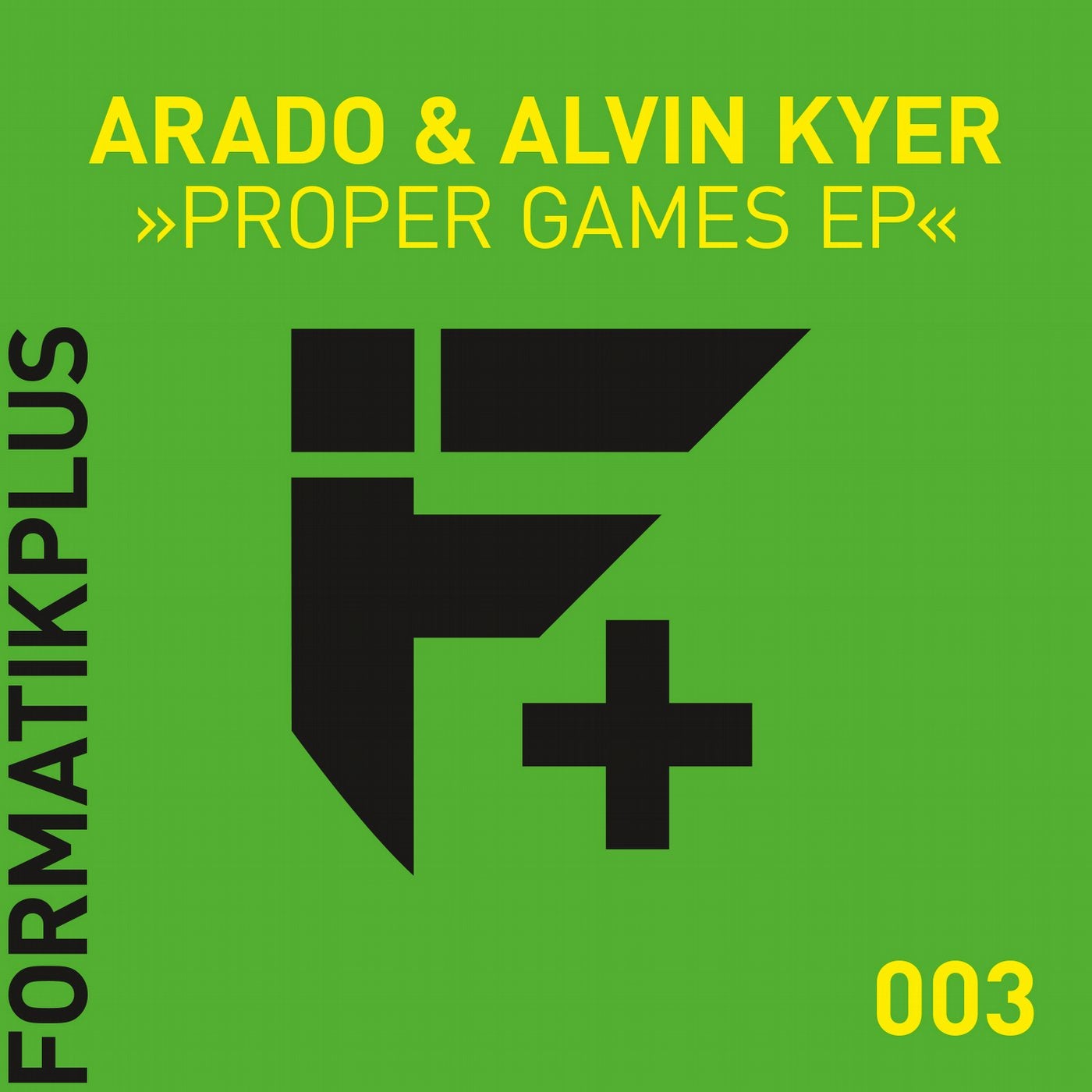 Welcome aboard, Mr. Arado! The newest addition to the roster of Formatik+ comes straight out of Neuss / Germany, holding a residency in the cities thriving electronic music club Club 102 and making waves since 2009 with releases and remixes on labels like Moon Harbour Recordings, Area Remote and many more. For his first single on Formatik+ we see Arado teaming up with his mate Alvin Kyer, serving some serious dancefloor fodder for clubs and venues all over the place.

Going from East To The West the two producers present a heavily pumping TechHouse effort clearly drawing influences from the UK's Bassline House movement, catering large scale subs, massive hoover signals and a distinct and rarely seen abuse of Ragga- / Dancehall-influenced vocal snippets that makes this tune stick out as a big time banger for sure.

With Front To The Back Arado & Alvin Kyer transfer their approved formula to a slightly techier and Rave-infused vibe for all those jocks in need of some killer clout for their peak time sets. Fierce signals, a danger-inducing bassline and dead cool gangster vocals set the tone for this major ride throughout the darkest hours of a buzzing, high octane fueled club night for sure.