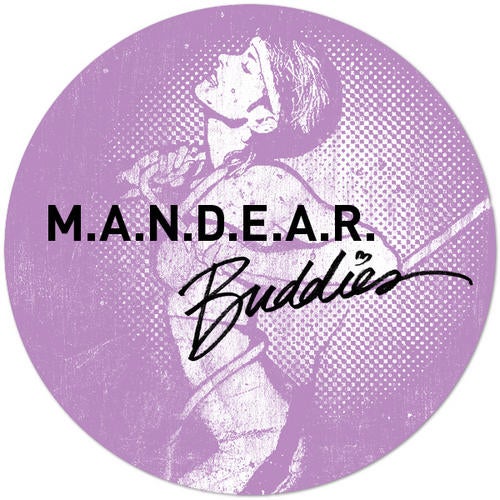 M.A.N.D.Y. and Matthew Dear lit up New York City in 2010, with their Buddies club night, and as M.A.N.D.E.A.R. with their own urban dancefloor myth, the unreleased track Buddies. The cut fused deep hypnotism with dancefloor abandon, swirling sheen hints of disco and an infectious sing-along hook; by keeping it close to their chests for months on end, M.A.N.D.E.A.R. drove anticipation into fever pitch, and Buddies finally burst out of the gate in October as the opener of Thomas Schumachers 8 Years Get Physical Music Compilation.Now Buddies is fully realized with reworks from some of the best in the business - M.A.N.D.Y., Radio Slave, Smash TV and SIOPIS. Philip Jung and Patrick Bodmer make Buddies over into a sleek late night beast with their M.A.N.D.Y. remix. Vocals stretch into rasps and whispers, with a blur of claps, bass pulses and micro percussion. Voices zig and zag by, while cowbells drift in and out of focus, and electronic pluses flare into fluorescence and retreat to a digital purr.Smash TVs remix draws on old school New York cool, with a swollen post-punk bass that drives its solid groove; it is jerky and clipped, as airy punctuations duel with out of control lasers. remix driven by a low-down bass groove, which offers the briefest glimpses of electrohouse in its burred pulses and wispy breakdowns. Radio Slave adds his masterful twist, with a swirl of carousing buddies and jagged dialogue, over a classic watertight throb of kick, syncopated high hats and electronic shafts of melody that drives the relentless forward motion.