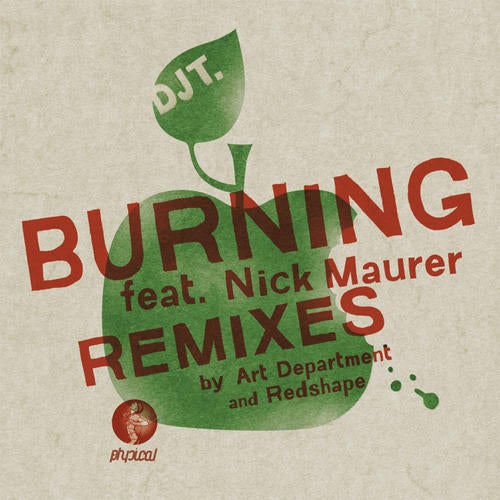 DJ T.'s new album Pleasure Principle immerses itself, wholly and rapturously, into electronic musics legacy of authentic soul. It is etched and crate-dug, organic and retro-futuristic, a paean to times past that appeals to modern sensibilities. Burning is the albums debut cut, a brooding, mid tempo 118BPM track where uniquely programmed vocals add broad brushstrokes of colour and texture to T.s masterful creation. Nick Maurer, former frontman of Chicagos iconic Greens Keepers is no stranger to being at the fore of jacking dancefloor fare, and his vocals light up Burning accordingly. Over a tonal pulse that sounds like a distant organ and a singular held note, Maurer is duplicated, pitched down and distorted, ominously intoning, Something has happened. Something I cannot explain. Burning on the inside. Burning while standing in the rain. As his vocals bloom over the moody late-night tempo, they splay out into a digital chorus, from the deepest baritone to a soulful alto. Art Departments melodic slow house left an indelible mark in 2010, and their remix here carries on that tradition. The Canadian duo pare down the original to bare melodic notes, claps and bass pulses, and dial down some of the headier distortion. Their signature less-is-more approach adds a melancholic twist, full of atmosphere and suspense. Masked techno maverick Redshape keeps the first two minutes of his remix entirely beatless, using deep space sounds and a wavering synth note to turn the screw on the menacing atmosphere. With the introduction of a double-stepping beat, he keeps to the original tempo but but adds his own deep, shadowy signature.