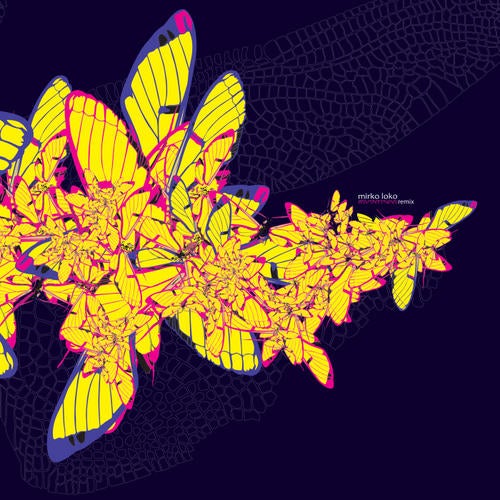 Just in time to warm the winter months up north (and soundtrack some seriously dreamy summer nights down south) comes a very special remix package for Mirko Loko's album Seventynine, featuring three certified legends of house and techno: Carl Craig, Ricardo Villalobos and Cadenza's own master of ceremonies, Luciano. And when we say "very special," we mean it: these are big tunes with a deceptively subtle touch, and their sleight-of-hand moves are going to turn all types of dance floors upside down. Planet E's Carl Craig tackles "Love Harmonic" and turns in what might just be his most expansive remix since Junior Boys' "Like a Child." Stretching to nearly 12 minutes and following a long, gradual buildup of rolling congas, you might not immediately realize quite how mammoth this tune is. It's only once you're in the thick of things, with those trademark C2 sawtooth drones slicing through a glistening haze of strings, that you feel its full impact: this isn't just a journey, it's a trip around the world in a hot-air balloon. Ricardo Villalobos takes us to a place only he knows how to reach with "Tahktok 'Hilery's Chant' remix" placing the chanting children's choir of the original at center stage, and framing them with a velvety curtain of fuzzy synthesizers and shirred, crumpled beats. The groove assembles itself around whispering shakers and a crisp handclap, with tiny percussive scraps left floating in the air; everything feels at once close up and faraway. Time doesn't so much stop as congeal into a swirling, bubbling gel; the liquid pulse is inside you and all around you. This is Ricardo at his amniotic best. Since only 16 and a half minutes of the mix would fit comfortably on wax, the full-length mix, nearly 21 minutes long, is available as a digital-only track, one of three such cuts that round out the whole package. Luciano's "Takhtok" remix runs directly opposite to Ricardo's version, rendering the beat as a field of spiky, frozen crystals; what might seem threatening turns playfullike a game of hopscotch played on the edge of a glacierwhen serenaded by the children's choir and a strange, slippery organ line. The final digital exclusive is Mirko Loko's own "Love Harmonic (Beatless Bonus Version)," but don't trust the title: the only thing missing here is the 4/4 kick drum. Instead, rolling, chattering percussion lays out a remarkably limber groove while bright, airy keyboards float up and away. Ambient tribal? Ethno-Balearic? Don't worry about what to call it, just close your eyes and allow yourself to be swept away.