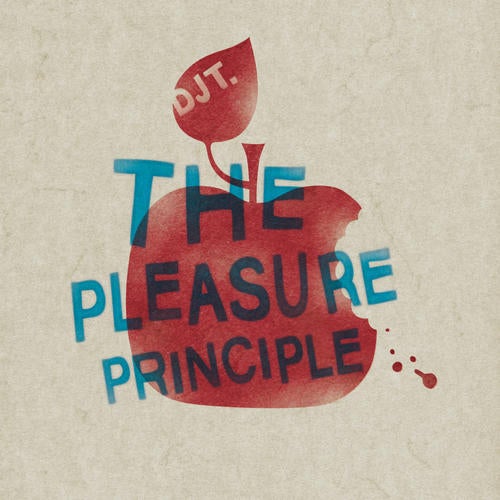 The Pleasure Principle refers to the human beings desire to seek gratification and avoid pain, to satisfy primal biological and psychological needs; DJ T.s Pleasure Principle immerses itself, wholly and rapturously, into electronic musics legacy of authentic soul, helping to usher in a new renaissance of groove-heavy deepness, at a time when clinical club sounds are at their least inspired. The Pleasure Principle is etched and crate-dug, organic and retro-futuristic, a paean to times past, that appeals to modern sensibilities. Its unconcealed dancefloor curiosity brings body music instincts to the fore here, yet its shadowy quirks disarm and charm there, while uniquely programmed vocals add broad brushstrokes of colour and texture. The Pleasure Principle is quite simply DJ T.s most accomplished work yet.The 2009 release of The Inner Jukebox, DJ T.s acclaimed second album, led the veteran DJ and producer on an extensive world tour for much of that year. For the first time in his career, he was away from Berlin, Germany and Europe for months on end, but this extensive period of travelling served as the catalyst for a new sound. Although exhaustive and intensive, the Inner Jukebox Tour allowed for a separation from EU house and techno microcosm, and particularly after connecting with new wave of American house, T. returned to Berlin invigorated. Brimming with purpose, positivity, and focus, and fuelled by the need to seek new challenges, T. undertook to reveal a different facet of his musical persona. T. ploughed straight into constructing and recording fabric 51, his edition for the venerated British mix series, and once complete he decamped to Heidelberg, with his new production partner in crime Stefan Eichinger aka LOPAZZ, and with a new agenda: classic song construction with a range of talented vocalists.An intensive 9-month period of writing and recording began, that resulted in The Pleasure Principle. Realised through extended jam sessions with Lopazz, The Pleasure Principle unfolds with kaleidescopic soundscapes, musical eclecticism and moody vocal treatments, boasting collaborations with Dave Aju, Jaw (dOP), James Teej, Khan, Nick Maurer & Cari Golden. Coinciding with DJ T. stepping down from a behind-the-scenes role with Get Physical, The Pleasure Principle is the work of an artist fully articulating the outermost reaches of his potential, through his own unique vocabulary. T. describes it best himself: Im not the type of DJ or artist who is refining one style for years, he says, but people are always telling me theres a fingerprint in my productions, you always hear my roots. Particularly old disco and early house from 1985-92, Chicago, Detroit and old school electro. The whole understanding of making grooves is really influenced from soul, funk and disco. This is the red line thats there.Traces of T.s production finesse can be found in the most soothing washes of ambient tones, the soaring vocal treatments, the murkiest late-night moments, and at the centre of The Pleasure Principles delicate melodies. Same Plane featuring dOP prankster Jaw and his girlfriend Amandine (aka Ginger) is a flurry of offset beats and hand claps, a rhythmic hall of mirrors that finds his deep, soulful vocals nestled at the centre of stuttering staccato rhythms, woven with whispers.Nick Maurer, former frontman of Greens Keepers, is no stranger to being at the forefront of jacking dancefloor fare, and here he lights up the albums first single Burning offers this with a twist, as he is doubled, tripled, pitched down and distorted, ominously warning something has happened, something that i cannot explain...Yesterday Tomorrow features Dave Ajus preacher man spoken word duelling with piano stabs, combining the stomp and swagger of electro funk with an unmistakable early house framework, while Citylife recalls the early 80s warehouse era, and finds American vocalist Cari Golden crooning, siren-like the citys in my veins... James Teej vehicle Sense partners faraway melodies with a warm, breathy vocal that gets up close and personal, and Jaws second appearance Remember The Future is mottled with daybreak dew, and its morning rainforest sounds are illuminated by dappled shafts of sonic light, piping mid-tones and ambient, swirling organ chords. Fellow Berliner Khan adds his grizzled charm to Leavin Me colouring deep tech tones with a tale steeped in longing and regret, for a new take on dubby blues house.Complementing the uniquely textured and individualised vocal workouts, The Pleasure Principle is interspersed with a number instrumental productions. With its half-stepping beat and unique synth melody Opera Buffa evokes late nights and rain-slicked city streets, and shorter atmospheric instrumentals Unconditional Love, Nothing Comes Even Close and Pattern Exit Drama variously take on low-slung cosmic disco, nostalgic slow jams, and proto-dancefloor moments in time.DJ T. will embark on a tour for The Pleasure Principle, in spring 2011, starting with a release party at Miamis WMC, followed by several cities across Europe, and then a schedule that will take him on the road the world until the end of the year. Whether its experienced during one DJ T.'s many forthcoming live appearances, in a darkened club, in a quiet moment, at the beginning of the night, or the morning after it, The Pleasure Principle can be found at the very axis of mind and body, and musical soul.