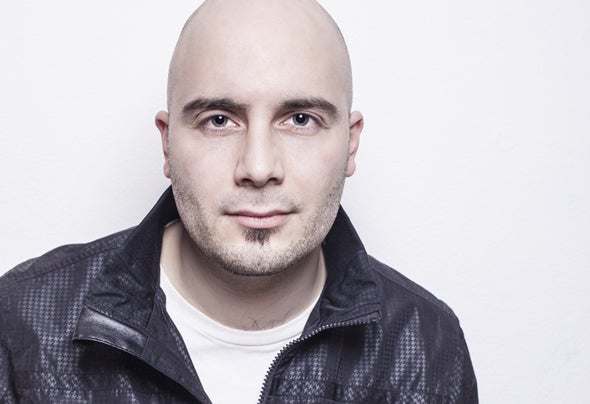 Gianfranco of Italian origin but born and raised in the UK has been around on the DJ circuit for quite some time now. His long and distinguished career of 15 years has seen him rubbing shoulders with a fair few “A” list dance music celeb's. DJing and promoting under the guise of KOSMETIC FUNK, he has headlined at venues all over the UK such as 02 arena, Honey club Brighton and Cruise Chester and played alongside artist such as ATFC, KATHY BROWN, LISA MILETT and SEAN ESCOFFREY to name a few!After tinkering around in the studio for a couple of years with other artists In 2009 Gianfranco embarked on his first real production project as a solo artist and put together an astonishing remix/bootleg version of KATHY BROWN's - “GOOD LOVE” with a CHRIS LAKE instrumental underneath. TONY CARRASCO quoted “My compliments to the Production crew, for putting the right spice in the right places” so this wasn't just another sloppy bootleg, this was extremely well put together and superbly produced version. This mix received critical acclaim across the globe and support from the world's biggest DJ's including ROGER SANCHEZ , PAUL VAN DYKE, MARK DOYLE, DJ DOVE, KISS 100 and OSCAR P etc... Unfortunately due to copyright issues this track was not available for general release but is still an underground anthem!Over the past few years Gianfranco has been working hard in the studio and as his reputation rises so do the remix requests, including NINO ATHONY, CAROLYN HARDING, SUZANNE PALMER, GEORGIE PORGIE. He also released his debut single “INSIDE OF ME” feat. RACHEL HANSON on Tall House Digital at the end of 2010 and was promptly nominated for summer club hit 2011 receiving heavy airplay all over Europe!His latest work has really shined a spot light on the natural talent this producer possesses...His remix for KILLGORE has been s igned up by the mighty ULT RA RECORDS and his latest remake of Shaun Warners “Hold Me” has been added to the release that includes remixes from STONEBRIDGE and HOXTON WHORES !He is now writing a single for the mighty KATHY BROWN so rest assured he will always stand by the mantra of quality over quantity!