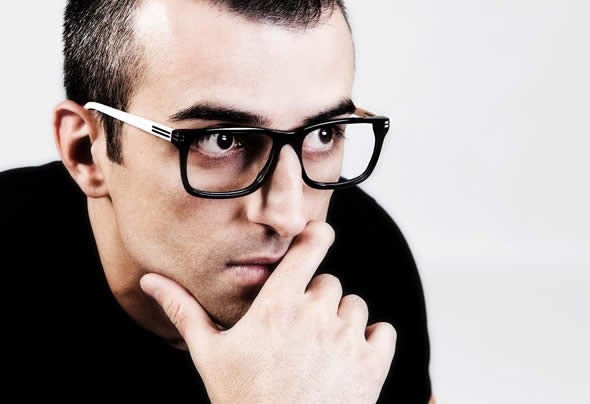 Dj Pedro G was about 8 years old when he discovered his 1st love which was music! At the time had to hear what his older brother already played at home. Quickly taste in music and clubs grew when his brother decided to make their room a mini private club, with much sound and psychedelic lights. Surrounded by this environment for several years, DJ Pedro G quickly assumes control of the mini club, making himself some key additions such as a mirror ball and a color strobe etc... now he is running the sound and lights for rejoicing of their classmates, who in the afternoons after school stop there to have a good time hearing some music.It was a short time until he gained a spot at a real club! In 1998 he was invited to play at a club named Sekreta in Pombal where he remained for two years, sharing the booth with DJ Bekas, DJ Alex XS and DJ Richi among others, Order of the days was House - Progressive & Tribal which was a style Pedro embraced. In 2000 makes the opening of Inedita Club in Pombal next to the Pedro Miguel Ramos known television presenter, in the same year plays in Lusitano Bar, also in Pombal, for about one year along with DJ Molicha. In 2002 opens Fashion Caffé and made residence for two years, this time also playing more Deep House and adding a new wave style to his music. 2005 saw a resident in 4EverClub (Ega-Condeixa) ignite where he stayed for four years... Now things were really flowing and Pedro has become a fashionable DJ for many clubs locally and internationally, the evolution of his Djing lead him to produce and his talents soon shone through picking up remixes for Tall House and grabbing some pretty big tracks to add to his discography...His uplifting, musical house vibe is really what taking him higher so watch this man rise as rise as his productions become more and more polished!