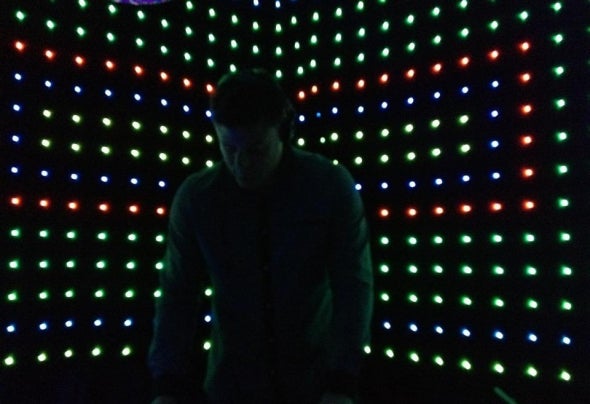 Tracks previously supported by Dub Fire and Sasha Carassi to name a few. Tracks previously released on Globox, Aenaeria, D-LAB Records and a few others.DJ wise, Lenny Barton has had an eclectic past to say the least. Through many different guises he has played Techno, Soul, Funk, Hardcore, Electro and House, over his 15 years in the dance music scene. Through all of these changes he has always played amongst the best DJ’s of the time. Some of the names read as a who’s who in the relevant genre; Slipmatt, Hixxy, Sy , Jon of the pleased, Artful Dodger, Jon Carter, Tom Stephan, Fergie, Ade Fenton, Rui Da Silva, Tim Deluxe and that’s just for starters!Lenny Barton has performed all over the UK and Europe on his own (and with DLJones as the Tiny Twins) and has picked up residencies at Hectic Records, Cool House (Cardiff), Club Desire (Ayia Napa), Crush (Stoke, Newcastle, Bristol), Azuli and Back to Basics (Cardiff).Radio wise Lenny has been on the airwaves in many forms since 1995. This first with Radio Energy and he only left to go to University. Whilst at University he DJed on South Wales station, ‘GTFM’ and picked up an award with the Rehab DJ’s in 2001. Lenny has also had guest spots on BBC Radio Wales and BBC Radio 6 music.Whilst at University, Lenny Barton ran a house night at the students union, which brought international DJs to a University which was previously baron of dance music. With this in mind it was a year later that ‘Superchunk’ was formed with other local DJ’s. The success of those parties saw the brand taken all over the UK and saw Superchunk have two homes in Swansea and Cardiff. DJs such as Jon Carter, Phil Kieran, Tim Deluxe, Jo Mills, Pete Heller, FC Kahuna and Tom Stephan all came to grace their decks.