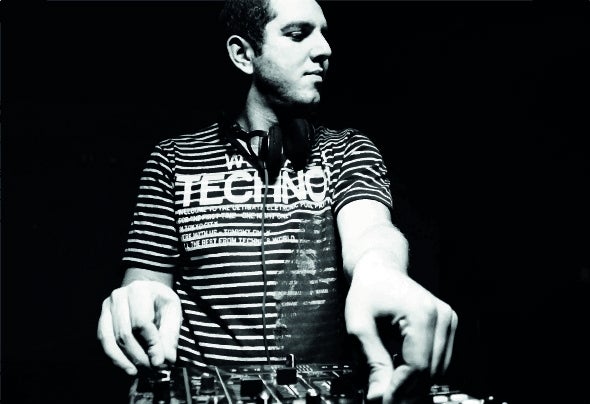 His style is characterized by its technique and musical selection; always creates explosive sets, with groove and with a repertoire of high quality. His goal (and current reality) is to show something different to your face, without labels. Groover reveals a peculiar brightness, lively and unpretentious, which mark their sets from beginning to end. His initial passion for electronic music started with the House, but his career went through the Tech-house and currently lacks words to describe their sound. It's a blend, tasteful, full of groves and very funky, it's surprisingly tasty! It would be a mistake to try to label. Added to an excellent technique, a musical ear in t une wit h t he public direct and accumulat ed experiences, Groover has consolidated as a solo DJ, and still part of the UDZ BRAZIL RECORDS label, which fuses organic and electronic music in unusual ways, and also dedicated to music production. Groover has played alongside big names in electronic music, such as: Elton D., Snoop, Hopper, Marcelinho CIC, Komka, Gustavo Peluzzo, Bruno SAM, Luiz Gustavo, Anal, Gustavinho Silvio Soul, Brooks, Ahemd, Rich, Andrew Rob Ts., German Bombator Hardy, Hiero, Mara Bruiser, Patife and others