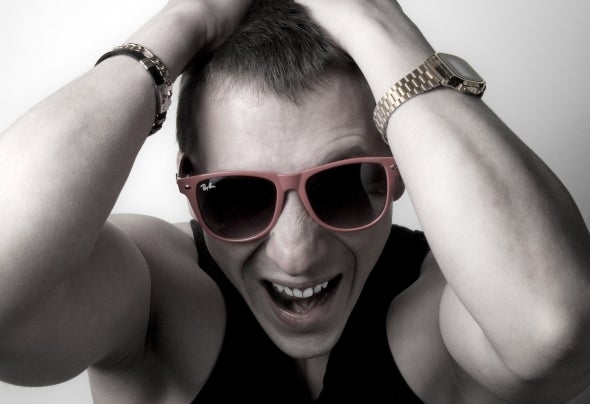 Ricky's been making music ever since he can remember. He was born 32 years ago into a musical family in Italy. He started young, with various musical intruments and sounds; and by the time he was fifteen he was working at a local Italian radio station, "Radio Punto." It was there that he first experienced the twin pleasures of dance music and vinyl records. "I can still fell the emotions of putting the needle on that first record. What a great feeling!" - and he was hooked. His progress was swift and he was soon hosting his own dance chart radio show. Before long he joined Veronica Hit Radio Network ( one of the biggest in central Italy) DJ team, filling dance floors at clubs all over Italy like Baia Imperiale - one of the most popular clubs on the Adriatic Riviera,Colosseo,Onirika,Byblos ,Prince,Echoes,Baia Imperiale to name just a few. Next stop: London. Ricky joined a famous DJ Academy's production course, and began a whole new chapter. His tracks have had a great response from other DJ's and producers worldwide and have been released on labels including Sheeva Records, Zemi Records , Border Records, Purple Edge Records, D-Lab Records , Dub Records and CasaTech Records. Ricky takes inspiration from Booka Shade, Dubfire,Umek, Portman, Wally Lopez, Paul Thomas, to name few as well as his early classical training-- and an inate need to make people move. In 2009, Ricky made his main room debut for The Gallery at Ministry of Sound (London). His sound, melodic, hypnotic, multifaceted, is continuing to evolve - both in the studio and on the decks, so watch this space for even more exiting things to come. You can also find him on Twitter, Facebook , Soundcloud , Mixcloud and buy his music in the biggest digital stores.