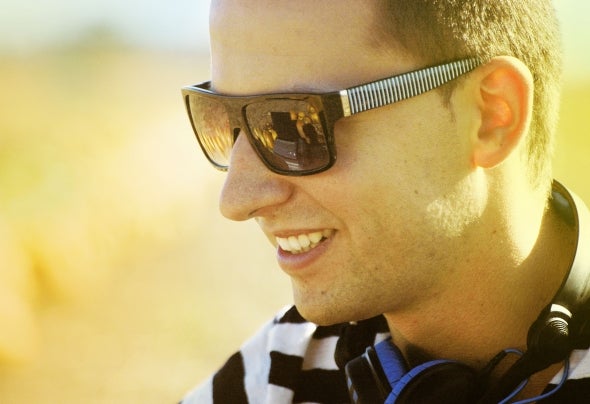 Jabocca /alias Gábor Pásti/ became interested in music at the age of 9, when he got an old cassette recorder. At this time he realised that music means a lot to him, and then he started to collect audio cassettes. At the beginning he listened to many kind of music, but the years went, he felt that electronic music lies closer to his heart. Gábor was influenced by more great artists around the world to work out his style. For example: Jean Michel Jarre, Depeche Mode, Conjure One, Kraftwerk, Chicane, RMB and many others. In his high school student's age he obtained a musicmaker software that helps him to try himself also in the art of music creation. In this part of his life Gábor realised that he doesn’t want to strengthen the group of consumers, but he would like to lavish them with better and better quality songs. First he made popular music, but later he got to know his own style, which is mainly the underground progressive house genre. The achievement of this procedure is the Jabocca project. Now the rising young producer tries to provide new sound to his songs with more modern instruments and softwares. His tracks made mainly in tech house style, what meets mental and hypnotic frequencies, but he uses minimal and new tech house elements to reach that people get into an ecstasy fettle on the dancefloor. This project started in the end of 2008 and now Gábor has got many releases in the Jabocca project. Mostly foreign labels released his tracks, that became succesful worldwide. His first EP ("Boy") released at the Argentine Onward Recordings, and great artists made remixes to the original track. For example: Collins and Behnam, DownKill, Silence 'O' Phobia and Shizuka. Nowadays, Gábor gets a lot of positive feedbacks and supportings from famous Djs and producers, for example Peter Gelderblom, Alex Young, Eelke Kleijn, Tom Pooks, Budai & Vic, Flash Brothers, Gare Mat K, etc... He can thank for a lot to his friend: Gergely (Silence 'O' Phobia), who helped him in the begining of his producer carrier. In Hungary, he had already visited several clubs and festivals as a DJ, which enchanted the audience with his unique style. His most successful foreign show was the tour of Corfu. His self-organised party, which called "Nincs mese!", is becoming increasingly popular among young people. His sets are made by strictly musical selection, driving from minimal house, rolling electro grooves , tech and progressive sounds to charming melodies. Of course, the time never stops, Gábor has big plans for the future and he strives for achieving his goals in his musical life.