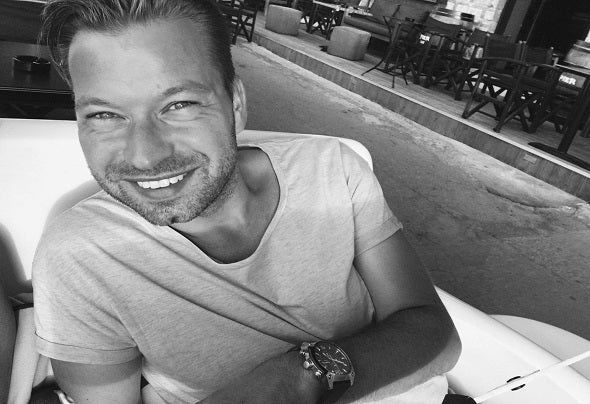 From a young age, Stefan Burgerhout a.k.a Steve Kenzo felt in love with electronic music. His Amiga was his first music machine and started to us ProTracker, a real electronic pioneer. Couple of years later, he got the first 386 PC and found FastTracker. But then there was a giant leap to Reason. For many years he has used this amazing flexible studio and his techno sound was born. He has created many tracks and got his first release. These days he is producing techno and tech house music. Influenced by DJ/Producers like: Joris Voorn, Sebastian Mullaert, Minilogue, Reinier Zonneveld, Speedy J, Umek, Enrico Sangiuliano, Kolsch and many more.Besides producing, he started to play records and bought his first SL1200 decks and started to play at the local disco. He also did some great DJ performances for organisations like Qdance, UDC.He was always on the road to meet new people the small electronic music world. His network strongly grew and got in contact with organization who was interested in his music, but want to see him playing live. This was around 2001/2002. While he was looking for a good tool to perform live, he found Ableton Live. He started to export loops of his tracks and build a live act. He instantly had the intension to create a dynamic liveset, like it is a jam. This was a very tough goal to reach. Playing live was very rare these days. But Steve did an amazing show. After that he got more bookings to play live. His liveset expended with hundreds of loops and sounds he’d created over the years. His style of performing a live set is hypnotic and driving techno, it keeps you going for hours. A live set without pre-programmed parts. In every set you will recognize his sound, but the arrangements are always different, in order to create the best sounds and atmosphere on stage. He likes to experiment with a more Dub Ambient / Dub Techno style.