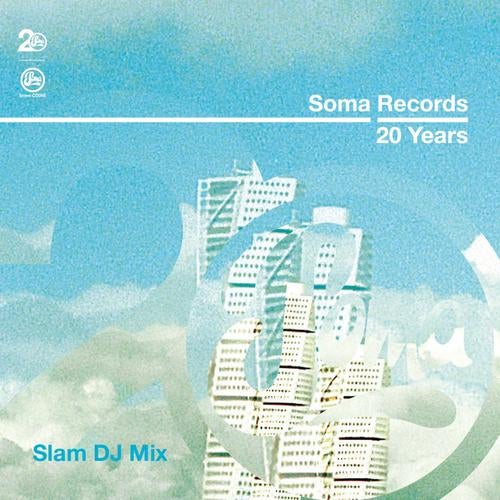 When Stuart McMillan and Orde Meikle decided to name their fledgling imprint Soma Quality Recordings, they were being more uncannily prescient than anyone could have imagined during the heady, post-acid electronic eruption, whose volcanic ash continues to disrupt services and belch up astonishing new talent on a regular basis through to the present day.

Through sheer natural instinct and passion, the word Quality has remained Somas essential mantra, resulting in many of these names gravitating to the label over the last 20 years.
Soma was born out of the insanely euphoric celebrations taking place at the DJ duos club held in Glasgow since a track by Phuture named them and their night Slam. Along with manager Dave Clarke and fellow founder Glenn Gibbons (both still at the helm), they had little idea that, out of the countless clubs and labels flourishing during that magical period, they would be the one still holding strong two decades later, Soma now acknowledged as the UKs longest-running dance label and one of the most consistently-dazzling electronic imprints in the world.
Relentlessly DJing at the worlds foremost cutting edge dance venues, Orde and Stuart have kept their fingers on electronic musics rapidly-evolving pulse, experiencing on the front line what makes crowds scream, dance or cry, constantly pushing the boat out with their work as Slam, while carefully planning and introducing fresh new names to the mothership label.

Above all, they have never forgotten that intoxicating magic, which spawns the strongest memories while changing outlooks, careers and even lives forever. So many of those cavorting on their Glasgow dance floors over the past two decades have gone off to start making their own music; a direct lineage from the punk movement which gripped the Slam boys earlier in life (and which they readily acknowledge with the occasional post-club Clash session), along with other key historic elements, from acid house to New York boogie to Detroits symphonies to Berlin minimal stalkers and beyond.

Slam are, of course, the corner stone of Soma Records. Here since day one and until day zero. Their countless releases over the years not only include their Slam productions, but also their work as Pressure Funk, G7, Freelance Science and Counter Plan, plus many collaborations and co-productions. It can be said they are not just corner-stones of Soma Recordings, but also of UK Techno in all its glory. Today in this collection of CDs though, Slam look forward to the future, as they have persisted in doing throughout their 20+ year career. Orde and Stuart have gone through all the remixes, revisions and reconstructions of past Soma gems that we have worked on throughout the last 12 months, and moulded a DJ mix of where Slam stand in a current climate. One that shows depth, groove and jack in a 65 minute show-down. Having run their various club nights for these 20 years, they have played at all points of the night; from doors opening to doors closing; warm-up to peak time. This mix encapsulates this perfectly.