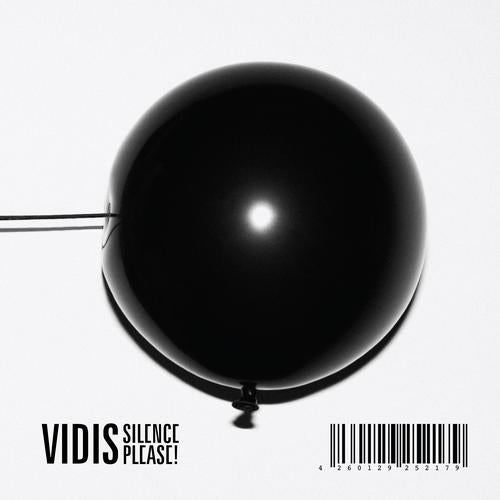 "We invite you to come along and explore the scene many might not know existed." Lithuanian DJ and producer Vidis has a history of strong influence on the worldwide front. Together with his friend and partner Mario they are known as Mario & Vidis. The duo con-stantly rewrite House definitions, setting standards and pushing boundaries in all directions. Vidis' Get Physical debut is in the form of a compilation, but not like any you've heard before. We present: "Silence Please!". "This is the first ever international compilation showcasing the Vilnius House scene and its most creative and inspiring personalities and moments in form of musical tracks. The working title is 'Silence Please!'. The goal is to catch everyone by surprise. Yes! That would be an ultimate goal and achievement - to raise a few eyebrows and to produce some chin scratch-ing. To make people realize a very young, really small, but unique House scene exists hidden somewhere far away from the big noise and hype of New York, London or Berlin." "The compilation consists of 100%% exclusive material," explains Vidis, "New and unreleased tracks from top Lithuanian House acts - Mario & Vidis, Mario Basanov, Downtown Party Net-work, Few Nolder and Darius Vaikas. Unreleased remixes and edits of Fink, Jazzanova, Pompeya, Richard Davis and Ernesto. I did my best to represent the finest we have talent wise, to get as much exclusive material as possible, to get the right balance of unreleased and cutting edge stuff with some already "classic" moments of ours, to combine locally pro-duced stuff with remix work and cooperations of Swedish, American, Russian, British, French and German artists, and to show this way extent, potential and appeal of our musical vision." "It's not just another compilation representing some hot tracks of now or a collection of tried and tested hooks and melodies, it's a document and a statement in some respects - the first proper representation of emerging sound and the scene from the unlikely territory. There were a few more names I wanted to represent and a few more tracks I wanted to include but they wouldn't fit genre, mood or tempo wise. I like eclectic selections, but this time I wanted it to be a proper House mix with constant flow and integrity. Also something close to a real DJ set of mine." "This is the most important fulfillment in my line of musical work so far. For the first and the most I'm a big music fan, a protagonist of nightlife and dance music culture and an apt advo-cate of my own city and the scene behind it. This compilation combines all of these together. I strongly believe that community and sharing are still the most vital and pivotal elements of dance music culture. This is not only about my musical vision, taste or mixing skills here, but also about sharing musical stories of my friends and colleagues, spreading the love for our city, presenting our own version of House - this strange mixture of melancholia, naivety and pop sensibilities." So without further delay, we invite you to enjoy "Silence Please!"