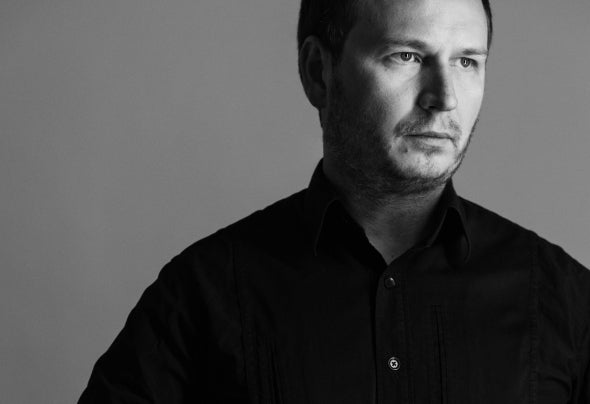 I don’t recall how, where or when I met Vidis, but I am sure he was already around when I started writing about Lithuanian nightlife in 2004. He quickly went from being just another DJ, to someone who kept surprising those in the scene with neatly selected sets, parties with secret guests (who turned out to be well known international artists), late night radio shows, a track in Gilles Peterson compilation, and much more...Vidis has never considered himself an inventor. Or a pioneer. Some say reinventing the wheel is not an option, but what if you take something that already exists and add a new direction, quality, and dimension to it? Who can complain? So here’s Vidis today - a DJ, producer, promoter, radio host, label founder, artist agency manager, and more. Put it plain and simple – a music enthusiast of the highest order, a local institution, and an apt advocate of his city and the scene behind it. The master of reinvention.Foreign acts were brought to Lithuania earlier than Vidis began his career, sure. He booked Rune Linbaek and Daniel Wang before the term New Disco was coined. Ame and Dixon first visited Lithuania and his parties ahead of being praised and pigeonholed as the new Deep House idols. Vidis introduced Jazzanova, Atjazz, Charles Webster, Prins Thomas, Chateau Flight, DJ Deep and many others to the Lithuanian clubbers and, brought Caribou, Architecture In Helsinki, and Junior Boys to perform live for those who thought they’ve seen and heard it all.A visit to the studio of one of the most prolific Lithuanian producers, Mario Basanov, resulted in the formation of one of the most influential and internationally established production duo's, Mario & Vidis.Silence wasn’t the first Lithuanian electronic music label either, but the first one to cross over internationally with tracks being played by Laurent Garnier, Gilles Peterson, Jazzanova, Soul Clap, Sasha, Jamie Jones and the likes. The label began worldwide distribution, and an international booking schedule would take him to the metropolis' of Berlin, London, Moscow, Istanbul, Milan, San Paulo, and even some unlikely places in Siberia.The videos accompanying the music were of course not the first in the country, but they instantly became the most viewed, blogged (even by Kanye West), and Youtubed Lithuanian music videos ever.The wheel of reinvention keeps on turning and Vidis is setting a new standard again - he's the first Lithuanian DJ to deliver a high profile mix album for internationally renowned label, and tech/deep house embassy - Get Physical Music.Daina DubauskaiteNightlife blogger and journalist www.dubauskaite.lt