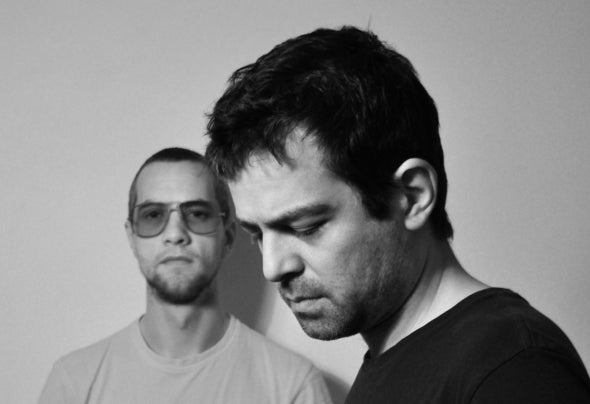 REMOTE, the musical duo composed by Eric Guillanton and Seb Fouble, is recognized today as one of the figureheads of the French electro scene. Spanning over ten years,their music has always managed to escape predefined etiquettes and their project has always remained true and coherent over time.Their first release “ASTROGLIDE” was hailed by the press as one of the best releases of year 2003. Their follow up EP “HENRY GOES DIRTY” went beyond confirming their promising début, by achieving a unique and novel blend of electro rock and pop, which was to become their creative signature, and still is to this day. In 2005, the duo collaborated with Jennifer Cardini under the name JENNYG O E S D I R T Y, a n d s i g n e d t h e i r f i r s t r e l e a s e f o r K I L L T H E D J records: a very cold and synthetic interpretation of the classic track “AMOUREUX SOLITAIRES”. Both romantic and very successful on the dance floor, the track gained immediate critical and professional acclaim, and was played by numerous respected artists such as Tiga, James Holden, Tiefschwartz and Ivan Smagghe. “TIMESLESS”, another track from the EP went on to become a classic reference of the underground electronic scene.Their first album, “DARK ENOUGH”, catapulted REMOTE into a new dimension, as spearheads of the revival of the electronic music scene. The album which was composed of tracks originally written for their EPs, proved to be slow and stunningly counter current to the minimal trend of the moment. The stage was set for a musical storm to be unleashed, and Carpenter was never very far away from it. Through REMOTE, the musical genres of techno and disco have successfully been combined on the dance floor. Their music is purposely brutal, yet true to the Detroit Ghetto style: “We want our techno to be contemporary, without sacrificing its acid house or techno roots, and without giving in to the trends of minimal sound design.” REMOTE matured alongside the KILLTHE DJ family, with artists such as Chloe and Ivan Smagghe. Together they were key actors of the wonder years of the cult PULP club in Paris, in a nightlife scene that advocated a certain sense of irreverence, or even insubordination. It is a philosophy that can be felt in their music: dark yet warm, hard yet sensitive. REMOTE’s sound tears through dance floors in a sweaty, organic manner