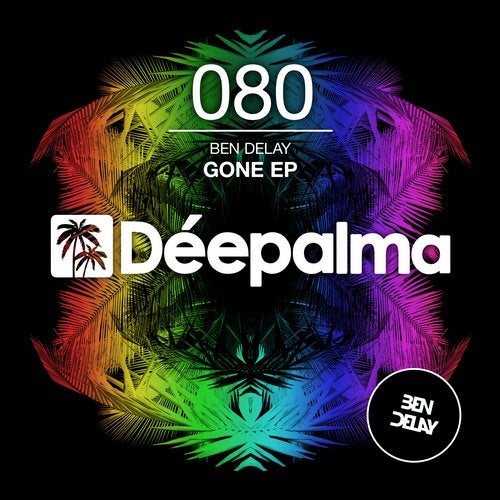 Ben Delay returns to Déepalma with two vocal-driven original tracks namely 'When We're Gone' and 'You Give Me Something', forming his brand-new 'Gone EP' and at the same time the label's 80th release.

Ben has always been a DJ's favourite and his electrifying revision of Bob Sinclar's anthemic house classic „I Feel For You" has catapulted him to global recognition a couple of years back. Not to mention the biggest milestone in his career to date by being awarded with Multi Gold and Platinum for his single „I Never Felt So Right" which reached No.1 in 5 countries worldwide, cracked the Top 100 in more than 20 countries and has been shazamed over 1,8 million times.

After several features on Déepalma's compilation series in the past years, followed by his remix work for Juloboy's 'Don't Look Back' just recently, the talented artist now unveils his first full release on the imprint entitled 'Gone EP'. First up there is 'When We're Gone', the deeper cut of the two offerings. Full of groove-abundant vibe, warm atmospherics and a vocal hook to die for, the song is indisputably readymade for the current Summer season.

Then, on the flip side, 'You Give Me Something' is more housey in comparison with uplifting synth modulations dancing around an impassioned vocal and the deep poignant piano chords that carry the song throughout. All in all a truly sun-soaked EP geared for the Sunshine of Summer 2018 and abroad. Thank you in advance for your support!