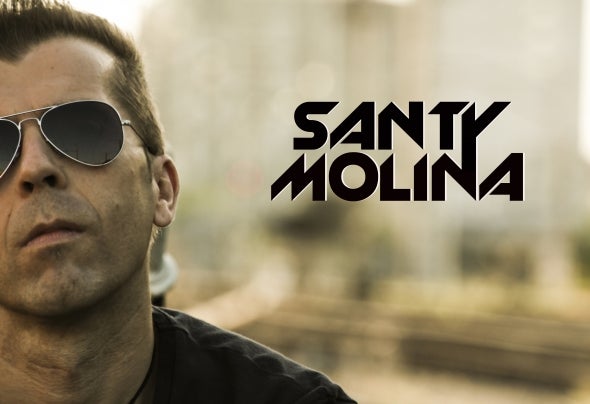 Dj and producer in Spain affiliate of house and techno house scene in this country and recognized as an icon in the electronic music in Catalonia, Molina Santy been a benchmark since the early 90s began his successful career as one of promoted the few icons that pop and Techno house at that time being carried in many prestigious halls .For 1 year he moved to Mallorca where firm as resident DJ at the famous hall Faras ( Cala dor) and that is where is consolidated as a professional DJ, a few years later I went touring prestigious venues such as Pacha . THE DIVINE OF IBIZ A, FLORIDA135 , WONDER , BIG- BEN, DESNIVEL , Q40 , ASSIS , IMPERIA, etc.In 2005 becomes resident " PACHA " and becomes part of the "GRUP PACHA DJS " where for 4 years left its mark with its unmatched elegant and daring session sets that make it different and that's why a shared cabin with large djs like ERICK MORILLO , JUAN DIAZ , JOSE NUNEZ , RECHE , PEDRO DEL MORAL , JUAN MAGAN , SERGI DOMENECH ,DAVID GAUSA or WALLY LOPEZ among many othersAmong many of his works to be done remixes for artists such as JERY ROPERO , EDDY CABRERA or MAGNETY (U.S.)REBEKA BROWN (vocalists) or as SAX ATTACK (saxophonists) are some of the artists who have collaborated on many of his setsCurrently signed to record contracts on labels like THEGROVESOCIETY RECORDS ( Dubai ) WHITECRABRECORDS ( madrid ) or COMFUSION RECORDS ( Valencia)