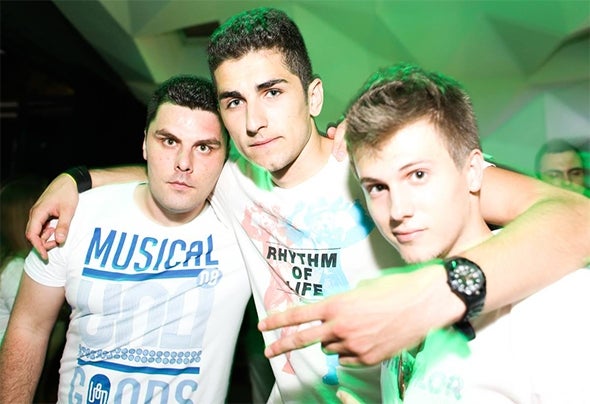 Twosidez began officially at the beginning of the year 2013. The Twosidez crew consists of 3 DJ's/Producers from Croatia; David Harmon, Sylvanas and Muth, after solo shows and independent productions in their past, Croatian trio formed a group called Twosidez.After several months of their production they already achieved some significant results, one of them is a release of their track called Wild West, the track recommended by Jerry Ropero, and was released on The Groove Society Records.A few weeks afterwards they made a big decision and donated the money they got from their track “Syndrom” to an association that takes care of people who suffer from various diseases.That resulted with a very positive feedback from their fans and a big support from their record label House Rox Records.After some time House Rox Records label signed this trio on a one year contract.Croatian fans are already calling them the Croatian House Mafia, as a relation to the trio legends of the EDM scene, the Swedish House Mafia.After having many gigs in the most popular club in their country, the Aquarius club, they started to think about the international scene, with many incoming collaborations and remixes their production is going upwards for sure.They spread their passion for the Progressive / Electro House music to their fans and they love it.Positive comments already came from ZROQ, Danny Avila, Alesso Bomba, Denis Goldin, Dj's From Mars so that many good things are awaiting this up-and-coming trio.