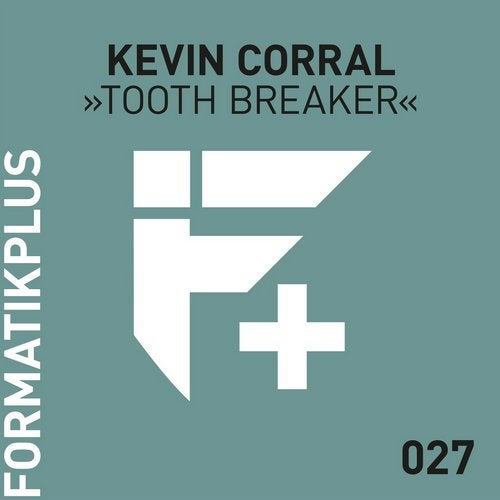 Coming back from Spain for his second musical outing on Formatik+ is Kevin Corral, the young and upcoming talent who smashed floors with his label debut "Speechless EP" in 2018 and is now up for even bigger and better things with the three tracks featured on his new single "Tooth Breaker".

Following up is "Devastation", an indeed devastating dancefloor weapon for House-ridden darkrooms, catering a stomping, yet hyperseductive groove alongside minimalistic Disco loops, more distinct vocal abuse, a constant percussive rumble and finally a short, climactic build-up leading towards raw synth sweeps and even more percussive power moves for the darkest hours of a clubnight.

The concluding "Slide" finally sees Kevin Corral exploring even more groove goodness in House Music, bringing forth all the sex and energy the genre has to provide. This is a tune that is taking you way back in time, perfectly emulating all the hype and ecstasy prevalent on steamy LatinHouse floors of the 90s.