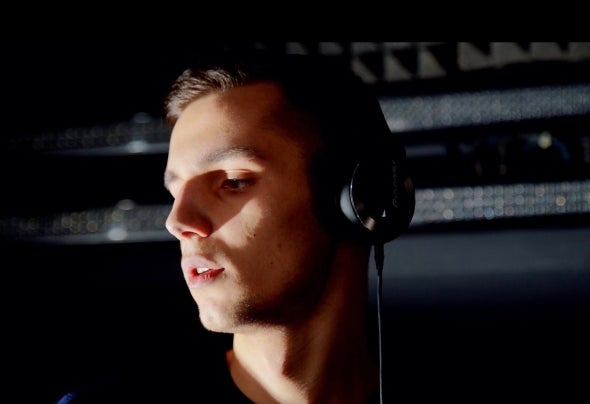 The passion for music comes from an early age, when mum not to hear him cry adopts the radio as a remedy, with excellent results.He understand immediately that there is something special between him and the music. He understands that the figure of the DJ is something he has always wanted to do. From there he decides to buy a console right away. He immediately starts to play and he / she finds many positive opinions, this gives him the right motivation to continue and to undertake a new way to express himself at best, productions.In 2015 he released the first track in collaboration with Leonardo Gonnelli, on Dirtybird (historical American label by Claude VonStroke). It is supported by artists such as Claude VonStroke himself, Jamie Jones, Eats Everything, Catz 'n Dogz, Julio Bashmore, and Shiba San to name a few.After this release he produces various unpublished tracks for artists Marco Carola'and Loco Dice.He creates the unpublished vision of Michael Jackson's 'Smooth Criminal' track, which is supported throughout the summer of 2016 by Marco Carola, Leon, Pele & Shawnecy and many others.Lately along with Cal Johnstone produces 'Party Trip' track release on Flashmob Records still supported by Patrick Topping, Eats Everything, Wade and Raffa Fl. 'Lately produces Wish! Track release on Hippies Records(on free download, that in two days rises to the first position of soundclaud, surpassing the historical track 'Music is the answer') for Marco Carola that the same decides to play in closing in Dubai.2017 will be a very important year both in productions and in the evenings that will make it participate, for example on February 25th in Manchester for the Solid Grooves party and on March 31st in Liverpool.This seems to be just the beginning for a great promising future.