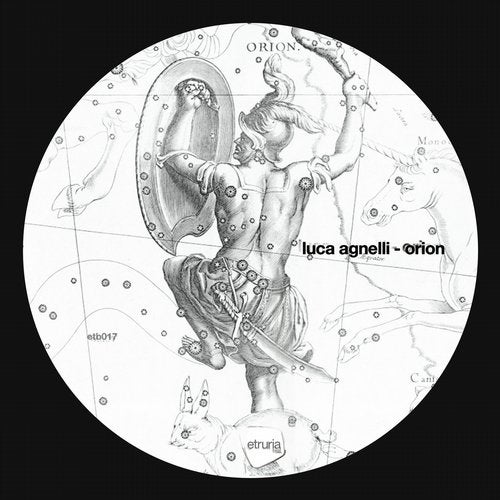 Etruria beat's 017 release sees his founder at the forefront, Luca Agnelli, who is back on his own label after his latest track Dark Moon which was played by the best artists of the techno scene, and after being the cover Dj of DJmag Italy May 2014. Two original tracks, Orion and Cassiopea, plus two remixes of well-known artists such as Brett Johnson,who just released on Visionquest, and Daschund from Highgrade and Clapper. Orion has an old-style flavor, characterized by a 909 groove and a bassline from an old 303; the main element is the Moog synth, that is addictive, melodic and hypnotic, that will lead you away through the atmosphere of Detroit. Brett Johnson turns Orion into much more deep track, playing with the main synth and making it suitable to afterhours. Daschund instead has a tech-house touch giving relentless and happiness to the groove of the track. The last track of ep is Cassiopea, inspired by the sound of Ostgut Ton. Dark and deep sounds will bring us into a subterranean journey ... on the way to Etruria! Open Your Mind!