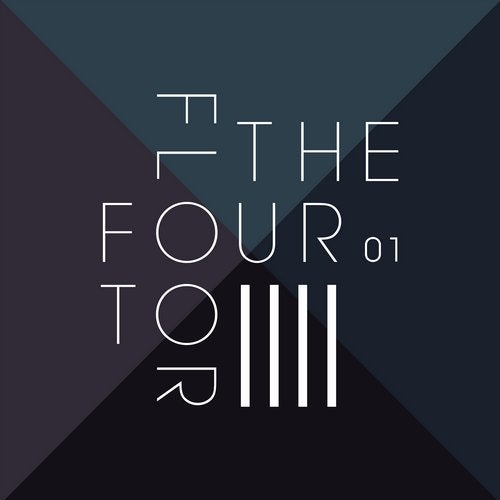 Diynamic launch new Various Artists EP Series After an incredible summer that saw the Diynamic label release more big hits from boss Solomun and hot talents Adriatique, as well as hold down their fantastic outdoor parties in Ibiza, the Hamburg house stable is unleashing a brand new series of four Various Artists Eps called 'Four To The Floor' - the kick-off sees four EPs, four tracks each, focussing on the dancefloor. The names included along the way are largely exciting new producers who are being welcomed into the label fold for the first time and each of the four new EPs will be released roughly two weeks apart, starting November 10th. The producers hail from all over the world including France, India, Switzerland, Israel and many more places besides. This, then, is something of the start of a new era for the ever-evolving Diynamic label and showcases their skills at unearthing the next big things. EP1 EP1 features Night Talk, Roberto Calzetta & Twin Soul, Rafael Cerato and esteble. Up first is Swiss producer Night Talk with 'Mind Games'. The track is a rich and colourful tech offering with a killer bass stab and great synth lines. It has been an inherent part of Solomun's sets since early spring and is finally being released. Then comes the duo of Roberto Calzetta & Twin Soul, two young ambitious guys from the south of the Netherlands that have been working together since 2008. Their magically melodic track 'Bliss' is a mid tempo deep house affair with organic percussion, lush synths and lazy and romantic vibes a plenty, which made Solomuns crowd ecstatic when played on Ibiza. Next is French DJ and producer and Nurvous, Toolroom and Cuff associate Rafael Cerato who serves up 'Constellation'. As the name suggest its a deep space affair with starry skies, melancholic synth lines and punchy, infectious drums. Closing out this first EP is esteble with 'Marlborough Sounds (feat. BeatuniQue)'. Its a rich, harmonic and lushly melodic track with sombre strings, colourful chords and what sound like oriental hang drums all making for a vibe that perfectly fits in with the label. This first VA EP gets the new series under way in style and shows that Diynamic has lots more talent up its sleeve. EP1 Night Talk - Mind Games Roberto Calzetta & Twin Soul - Bliss Rafael Cerato - Constellation esteble - Marlborough Sounds (feat. BeatuniQue)

Four To The Floor 01