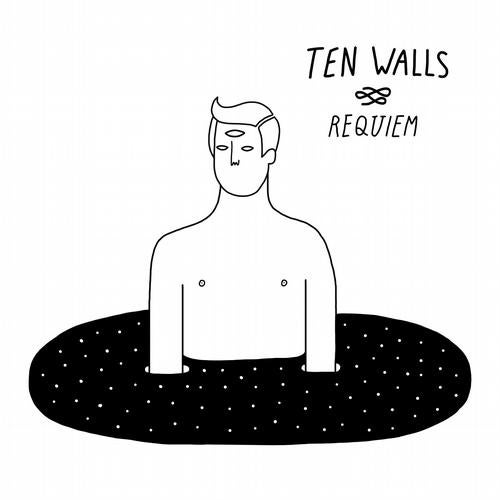 Ten Walls Requiem EP The concept of Ten Walls is simple. A music driven project where the focus is moved away from the personality of the artist so that the music can more directly speak for itself. And that concept seems to be working well so far. After first appearing on the scene in early 2013 with its debut 'Gotham EP'  on Innervisions, Ten Walls quickly became a sensation as Gotham became a staple of DJs worldwide. One of those ubiquitous tunes that you can't escape but never seem to get enough of. Now with its second EP, Ten Walls joins Life and Death with a follow up that sits perfectly with the ever evolving yet quite distinct Life and Death sound. An EP that takes artistic experimentation and meshes it with a technical prowess that translates to music that works equally as well on the dancefloor as it does off of it. With "Ankaris", Ten Walls sets the tone with a droning soundscape over solid beats and arepeggiated synths that combine to tell the tale of a distant land, somewhere off in a far corner of the galactic federation. A journey to a faraway place but with emotions every listener can very quickly connect to... Picking up the pace slightly, "Mongol" tells the tale of nomadic tribes and ancient conflict. With a throbbing bass, haunting pads and an ethnic lead that seems to come from another era, Mongol seamlessly mixes sounds of both the past and the future to create something that stands out of time and firmly on it own. With a name like "Requiem" one might not expect the big tune that is hidden behind the understated title. But a big one it is, with an infectious lead that builds and builds as a beckoning cowbell dances around its center. Deceptively simple yet anything but, the whole of the track continues onwards and upwards taking the dancefloor along with it. A  euphoric embrace that will hold any dancefloor in its grip and is most certainly a worthy successor to Gotham -- as Ten Walls proves that its focus on the music is most certainly a fruitful one. Tracklist: 1) Requiem 3) Mongol 3) Ankaris