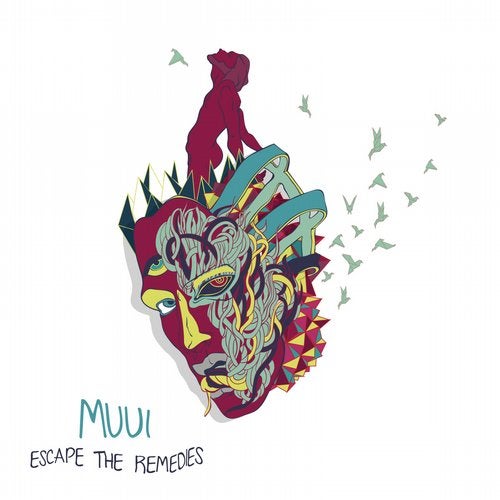 Drawing inspiration from his live performances, 'Escape the Remedies' is MUUI's forthcoming artist album - a personal statement and continuation of the Berlin-based artist's deep exploration of the elements of sound. On show is MUUI's versatile and uninhibited approach to music, presenting individual tracks derived from the same stem recordings used in the cohesive and immersive live mix - a bonus addition to this album. The single tracks navigate through hypnotic grooves, kinked rhythms, subtle melodic hooks and atmospheric instrumental fragments, all tied together with artistic precision, musical depth and danceability. The music itself is a collection of forward thinking ideas, performed and pieced together in a live environment, to maintain the elements for which MUUI is well known. The album comes hot on the heels of his recent releases with both Crossfrontier Audio and his own imprint - releases that have been supported by the likes of Tiga, Slam, Bart Skils, and Guy J - and following a string of successful live shows in Berlin, Bern, and Leipzig. Needless to say, the album is the next piece in the overall musical and evolutionary puzzle for this talented young artist and for us as a label. The launch party for 'Escape The Remedies' will be held at Watergate in Berlin, on 14 January 2015.