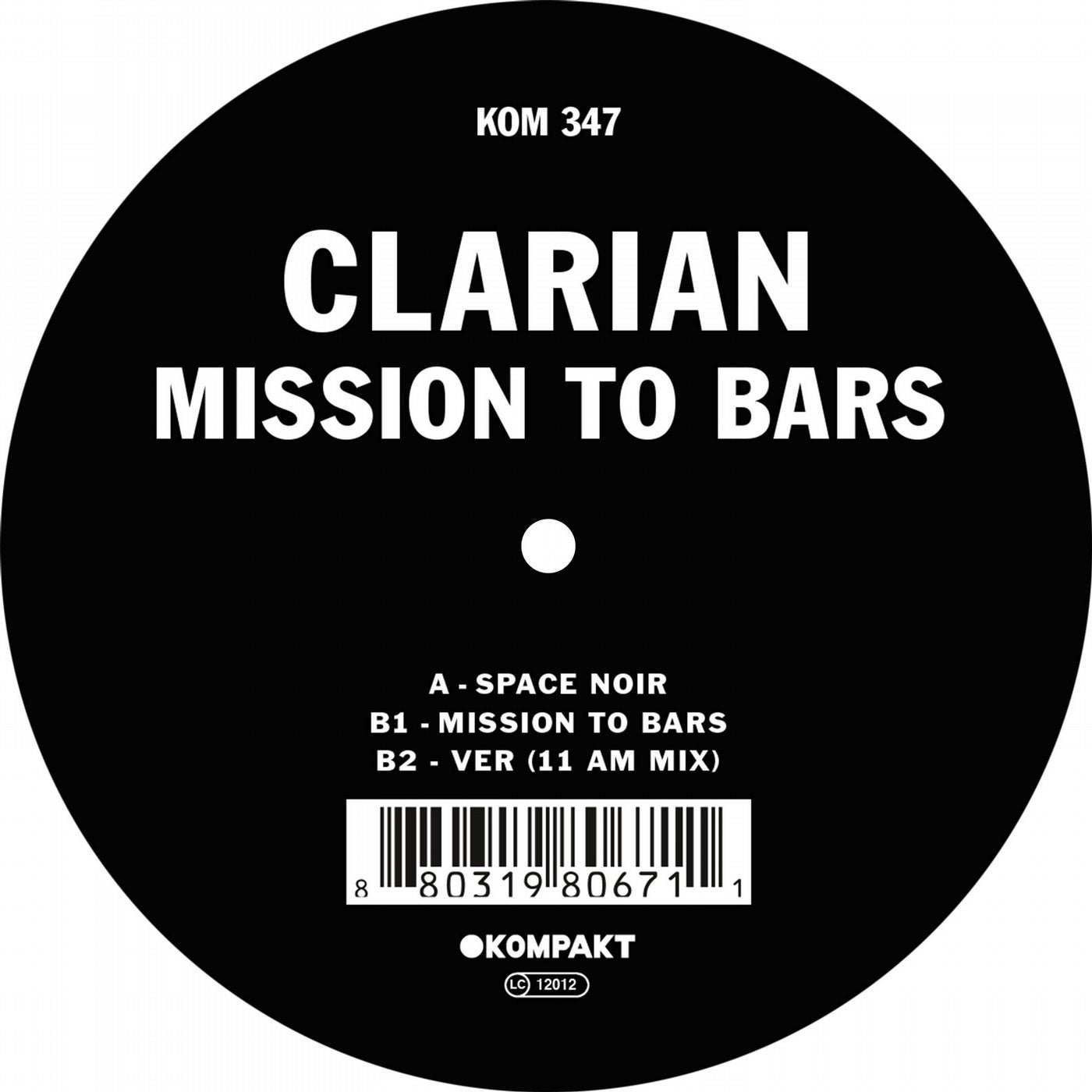 Rumoured to own a collection of vintage Jamie Principle figurines, living off a heady diet of cigarettes plus peanut butter and having been institutionalized at a human testing facility in a former life, there's only so much we can know for sure about CLARIAN - he's of Canadian origin, he's worked with Clockwork and Guy Gerber - while also wote and produced as part of infamous leftield pop crew Footprintz - and he fronts as A&R for Seth Troxler's Soft Touch imprint. That's a pretty solid portfolio for someone who's been billed as "transcendental house music producer". Which in turn is a good indication of what to expect from Clarian's debut offering on Kompakt: MISSION TO BARS comes fitted with three genre-trolling cuts shooting a bit closer to the dance floor than his earlier releases, but still keeping a lock on the unique character of his sound cosmos.

With the MISSION TO BARS triptych, CLARIAN essentially illustrates the story of an astronaut lost on a strange planet suspended in time - a story included in the vinyl release that he wrote while being alone in South Korea for a week, with its surreal, pulp-infused quality perfectly complimenting the music: hypnotic opener SPACE NOIR tells us about the astronaut's fantastic voyages through space and time - but it remains unclear if these adventures are the mere side effects of a vivid, delusional imagination. Banging title cut MISSION TO BARS finds him increasingly alienated from society and longing for his biggest love - whiskey. The smooth, mesmerizing VER (11 AM MIX) ties everything together and depicts our not-so-space-travelling hero sitting in a bar, with his mind in space and his body trying to indulge in his favorite booze - but he can't drink the whiskey, for he can't remove his space helmet, ultimately pouring the liquid gold all over his head. Seems like an appropriately surreal plot for the throbbing sub-basses, twisted vocal samples and rolling percussion - a deep, but surprisingly jaunty offering from Clarian that is brimming with left turns and idiosyncratic sound design, all the while bringing you a trio of highly playable club tunes that won't disappoint even the most discerning floors.