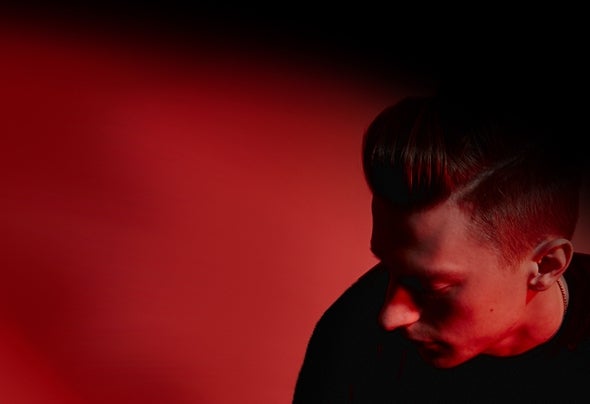 At the age of eighteen, South London producer/songwriter/DJ G R AD E S landed his first credit for a major artist. Five years later, he has evolved to command an enviable position in the music industry with cuts for some of the world’s biggest artists behind him and a blossoming solo career that’s poised to erupt in the coming months.G R A D E S is a prodigious young talent with a work ethic that sees him crafting a fresh new song almost every day. Constantly evolving his sonic palette, his sound plays on elements of dance and electronic music past and present, ensuring that his house-infused approach maintains a soulful integrity.The producer grew up surrounded by soul, Motown and Sixties folk music but readily embraced the more abrasive sounds of US hip-hop when he was old enough to develop his own musical interests. A fascination with the world of production lured him into the worlds of house and electro. Starting out as a DJ with core strengths in turntablism and scratching, G R A D E S would be “snuck into clubs” by older friends as he was too young to be allowed in. Before long, he had graduated to a rudimentary production set-up – a keyboard with multi-track recording which was superseded by a cracked version of Fruity Loops. Having self-taught himself keyboards and a little guitar, G R A D E S’ productions continued to flow in exciting new directions, with the young artist showing a real capability for forging elements of emerging trends into his own distinct musical identity. “People would probably pigeonhole me in the deep house / club-orientated scene,” he states. But there’s so much more going – from pop to house to ambient. As he continues, “I feel like a magpie – I take influences from everywhere.”After studying Music Management at university, G R A D E S soon realised that his talent could provide a career. As his early credits began to accumulate, he decided to reinvest his earnings in equipment for his home studio. “It’s nice to have a chilled-out home vibe to work in, rather than a clinical studio environment,” he affirms. “I realised that I wanted to produce for other people from more of a songwriting perspective. I’ve always been influenced by underground electro, but I use those influences to create pop songs.” Sure enough, G R A D E S made the big time with credits for the likes of Britney Spears and Usher.Yet G R A D E S’ voracious appetite craved more. And with such a deluge of quality material emerging, a solo project – albeit one supplemented by a succession of regular vocalists and co-writers – was the natural next step. His first solo release was a bootleg of Brandy’s R&B classic ‘I Wanna Be Down’ which received 150,000 plays in less than three days after it was premiered by Majestic Casual . “I was born in the Nineties and grew up in the Nineties listening to a lot of that style of R&B which was a big influence on me,” he explains. “It’s a song I love to play in my DJ sets and always goes down really well, so I wanted to put a modern spin on an old classic.”Now signed to One More Tune, G R A D E S admits that he can spend months tweaking an idea into a finished production, but the best songs emerge almost fully formed from the outset. That’s true of his first two solo tracks that will be released - ‘Owe It To Yourself’ and ‘King’. Those two songs also demonstrate the breadth of his approach – sonically, they’re huge radio-friendly tracks with an appeal that flows across various genres, but thematically they’re polar opposites: ‘Owe It To Yourself’ being an introspective examination of identity, while ‘King’ playfully explores the meeting and interaction between two strangers.G R A D E S is as adept at capturing dark, uniquely British themes as he is delivering upbeat lyrical themes with international appeal. It’s an attribute which means that G R A D E S is standing at the tip of a major ascension.