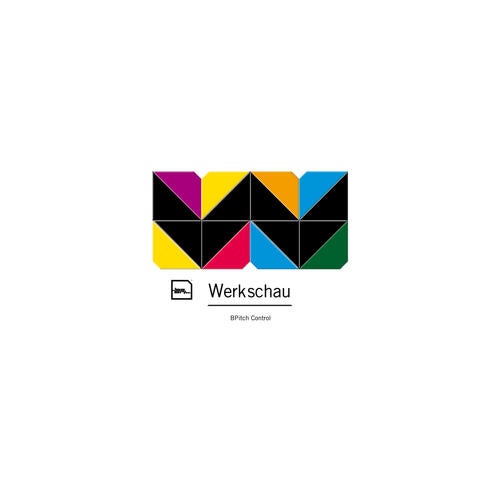 Imagine you had the job of representing your entire life in the form of seventeen songs - a difficult task? Unsolvable? BPitch Control has attempted to do just that, packing a turbulent twelve-year label history onto one silver disc. The resulting album is not just a simple reflection of the past, it is a statement showing how comprehensive, complex, progressive, emotional and ultimately enthralling electronic
music can be; the kind of potential and opportunities for development that can be found in a genre which is apparently so narrowly defined - given the necessary courage to ignore pigeon-holes and open new doors. The Werkschau (Showcase) compilation presents BPitch Control and its forward-thinking artists in all their stylistic elasticity.

The BPC Werkschau compilation is in no way a conventional Best Of album. Such a reductive concept
would hardly do justice to the task at hand. Instead, all seventeen tracks are previously unreleased works. The featured artists include label colleagues from BPCs founding period as well as completely new faces and musical collaborations which have been formed here for the first time. The artists homelands are also worthy of note, ranging from various European countries to North and South America. The oft-cited Berlin sound has grown into a veritably global phenomenon here at BPitch. The stylistic
range of the productions is equally diverse. In fact, the only characteristic they all share is their individuality.

Theres also a perfect place in this showcase for real house Jacks such as Zander VT, with his rare
pearl Gotta Look Up To Get Down, and Kiki & Lenz, who are releasing their first co-production on
this CD. Finally, label boss Ellen Allien effortlessly slots a classic house stomper in amongst the ranks
of her colleagues - without doubt a fabulous release with countless magic moments, a clearly defined
point in the label landscape and a starting point for the next twelve years ...


Paul Kalkbrenner finally presents his first new track since his resounding success with Berlin Calling: in Plätscher he gives us an ironic wink as he combines straight, catchy tech-house production with a highly distorted Hammond organ - theres no such thing as no can do here! The same goes for the (as yet) insider tip Mr. Statik, who unashamedly lays house beats under crooner vocals in the undoubtedly misleadingly entitled Sinphony. The track Deutsche Werden from the Venezuelan singer Aérea
Negrot has a considerably more fantastical feel. The intermittent singer of Hercules and Love Affair sets off a reaction between her apparently deranged, broken-German-speaking vocals and a unique and very coherently arranged electro production style.

One remarkable, but absolutely logical feature of this increasingly broad yet unmistakable label identity
is its inclination towards song structures and the high presence of vocal tracks. The powerful yet reserved,
straight-up tech-house opener The Present from Irish Memo artist Cormac is carried by vocals, as is the wonderfully atmospheric synth-pop song from the Italian duo We Love, whose superb and deservedly successful debut album was released on BPitch at the end of 2010 and who must naturally be allocated a slot on this showcase.


BPCs Werkschau expresses a general rejection of the rigid adherence to typical genre boundaries and limitations: Dominique Dillon de Byington, or Dillon for short - an enchanting young lady with Brazilian
roots and a much-lauded new recruit at BPC - combines beatbox-electro with pop vocals that also have a certain manic quality in her collaboration with the celebrated Cologne Kompakt act Coma. The Berlin multi-instrumentalist TimTim already underlined BPitchs independent thinking with his excellent album in 2002. His showcase contribution How We Moove merges what we might almost call classic singer-songwriting with bleepy electronica sounds. This is followed virtually seamlessly by the finely woven dub textures of AGF/Delay (Antye Greie/Vladislav Delay). After their 2009 album Symptoms and AGFs production work on Ellen Alliens LP Sool the duo are now exploring new facets of futuristic pop
music. Futuristic yet retro, both catchy and challenging - thats the sound of the Chicago post-rock/electronica geniuses Telefon Tel Aviv, who are offering up their first release since their album Immolate Yourself in 2009. Known and loved for being just as challenging, perhaps even highly provocative, are Jahcoozi, who were welcomed into the BPC ranks with a great hurrah and, after last years album release, no longer need any introduction. With Day In Day Out the trio based around song-writer/MC/singer Sasha Perera makes a surprisingly docile appearance, showing their laid-back, dub-sounding side and adding another string to BPCs bow.

Naturally BPCs Werkschau also refers to the Made in Berlin techno sound with which the label remains intrinsically connected: long-time master of the art Sascha Funke spreads his epic sound carpets over characteristic minimal techno structures and gives the track the ambiguous name Hiddensee. Thomas Muller - who has made himself a BPC resident thanks to a string of first-rate EPs - creates another irresistibly dynamic clockwork construction with West. Chaim's Chicago-inspired tech-house track
The Country could be a promising taste of whats to come on his album Alive, due for release in February. Workaholic Mark Broom, who makes his trade as half of the London party team Rue East as well as with Pure Plastik Records, offers up a pure and simple dance floor bomb with Refund - minimal in structure, maximal in sound and effect.

Theres also a perfect place in this showcase for real house Jacks such as Zander VT, with theirs rare pearl Gotta Look Up To Get Down, and Kiki & Lenz, who are releasing their first co-production on this compilation. Finally, label boss Ellen Allien effortlessly slots a classic house stomper in amongst the ranks of her colleagues - without doubt a fabulous release with countless magic moments, a clearly defined point in the label landscape and a starting point for the next twelve years ...