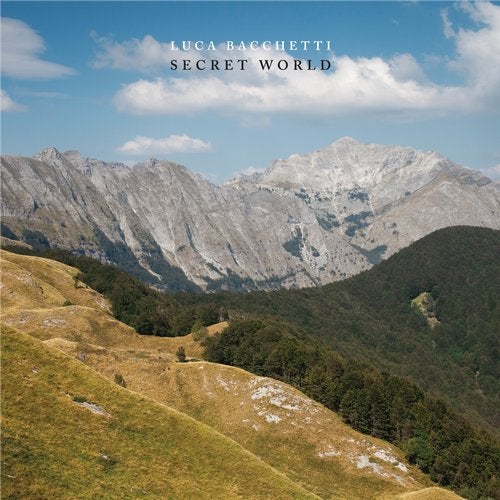 Luca Bacchettis debut album Secret World is a work almost 15 years in the making. Its also one that required the endlessly touring DJ to traverse the world numerous times before an inner call came to return home to Italy to record it. Having earned a reputation for crafting club cuts, a fact underlined by releases on the worlds most recognisable labels, its a radical sonic departure. But its one that reflects both his homecoming and the journey to get there. With this, I entered a new world Ive never shown before, he says. In 2017 Luca moved back to his native Tuscany. Here, at the beginning of 2018, he decamped for two weeks to a bungalow in Il Ciocco Living Mountain. An area of exceptional natural beauty, he was joined by friends and musicians. All Italian, their sole intention was to capture the ineffable feeling that had drawn Luca back. Growing up in the tiny village of Pieve Fosciana, there were no record shops or clubs. Radio was Lucas saviour and he followed its lure into DJing, production, then, since 2005, playing around the world. His path has encompassed a wide musical love of everything from Bristolian trip-hop to Detroit techno, but these citys histories arent his own truth. Lucas secret world is no longer secret. You can apply the same go to adjectives to the album as used to describe Tuscany at large: simple, honest, beautiful, earthy, romantic. In the end, language fails to capture the sublime nature of his roots. Next to experiencing them directly, the closest youll get is Secret World - an alchemical transformation of the images in Lucas head into the universal language of music.