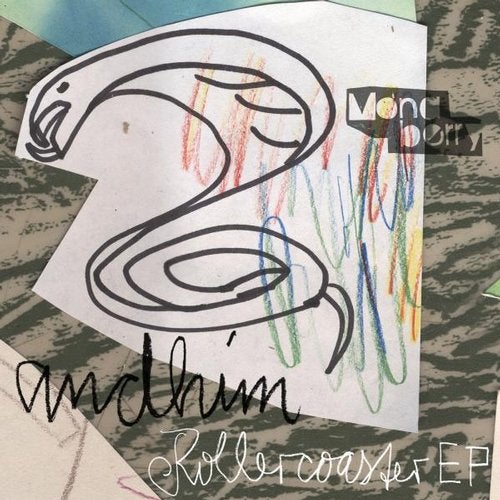 Andhim return to their spiritual home for the release of Rollercoaster. The aptly titled EP showcases the many moods of Germany's finest bearded duo. A four-tracker that ducks, dives and loops the loops it's way into super-house folk law. Mr. Bass sees them join forces with fellow countrymen and label head honchos Super Flu for a trademark banger that'll make 'Reeves' enthusiasts chomp at the bit! Whilst title track Rollercoaster veers towards a slightly deeper, darker direction primed for the late night Ibiza sessions ahead. Batu then takes it down a notch and displays the diversity of the two-piece in a Penguin Cafe Orchestra tinged work out and last but certainly not least Cloys sees the Andhim DNA shine through in a slightly mind bending 4am roller. Andhim have an incredible summer of festivals plays ahead, worldwide residencies at Verboten, NYC, XOYO, London, Warung, Brazil and Watergate, Berlin to name a few and an Ibiza diary to make any buddy DJ weak at the knees. Not to mention an Essential Mix in June followed by Mixmag feature the following month. Super-House, so hot right now, Super-House.