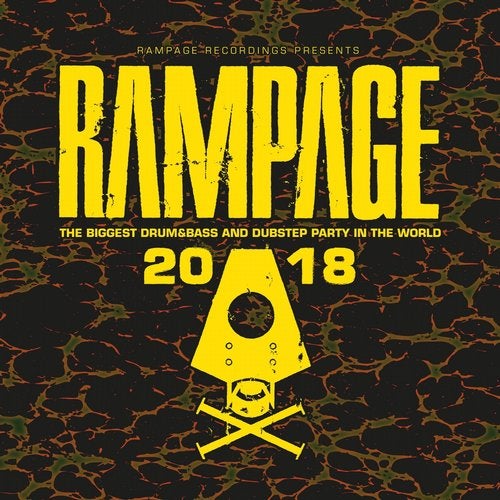 The world's biggest drum&bass and dubstep party is now also a record label:?Rampage Recordings?presents its first compilation, with original tracks and tailor-made remixes by some of the biggest acts on the 2018 line-up. With people flocking to Antwerp from all over the world, we are now also providing the soundtrack to the rest of their year. Coming out the gates blazing with music by Current Value, Upgrade, Maduk, Billain, Youngsta & Hatcha, Serum & Bladerunner, Barely Alive, Turno, Virtual Riot, Murdock & Doctrine and many more, the imprint promises bangers for days. With 2018 being the first year the event spreads out over two days, 30.000 ravers from over 50 countries are expected in Sportpaleis for a bass excursion led by the likes of Chase & Status, Andy C, Pendulum, Flux Pavilion, Snails, Camo & Krooked, Dirtyphonics, Ed Rush and Doctor P among others.