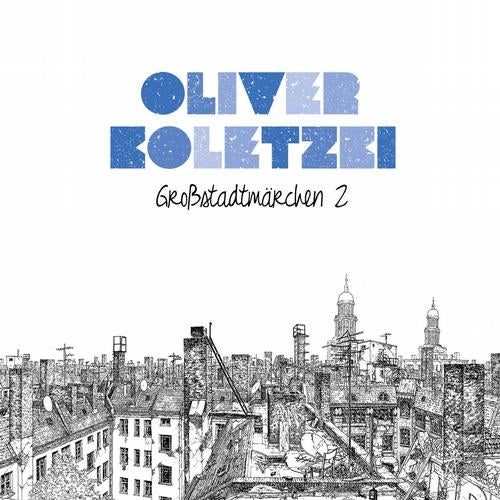 The first part of his big city tale entitled Großstadtmärchen acted like a catapult for Oliver Koletzki in 2009, pushing him from the DJ booth into the limelight of electronic pop music. Now, three years later, Oliver releases a sequel to the successful long player in the form of Großstadtmärchen 2. In addition, Stil vor Talent is presenting a jam-packed double vinyl remix package of some of the albums many highlights. Things kick off with the epic The Devil in Me, a pop anthem featuring the beautiful voice of Berlin wonderboy Jan Blomqvist. The original song features Olivers distinctive piano and synthesizer melodies, as well as a strong guitar sample, over which Blomqvist sings in his unique style. Niconé & Sascha Braemer take the track to the dancefloor by creating a slowly pulsating tech house remix that builds upon the groovy guitar sample. Very elegant! Format B then go out of their comfort zone and use the original vocal from the chorus to design a melodic and organic peak-time house affair that simply keeps on moving, and moving. Next up is You See Red, a pop song of international appeal that introduces the British singer Dear Prudence who we are bound to hear more of in the future. Swiss head house honcho Kellerkind constructs a slick, deep house cut of the original that is very much emblematic of the new wave of pure and raw house music of today. Berlin techno kids Channel X then make the original vocals central to their rework, thus constructing a tech-house version that possesses all the groove needed to get bodies heated on the floor. On the second vinyl Still gets its remix treatment. While the original is a high-energy pop affair featuring the characteristic voice of Fran, Niko Schwind mainly utilises its melodies while pitching the vocals down for a masculine effect. This works very well for his laid back house groove. Then, Stil vor Talent youngster Björn Störig takes Frans original work and assembles a jacking house cut around it. In contrast, Tobi Kramer aims for the peak-time by producing a fast-paced techno piece that is certain to set the world on fire. Last up are three more of Olivers original songs from the album. Let me Go Down is a piece of smooth disco-funk that features the goose bump inducing soul voice of MC Ramon, while Boy Got Soul shows Olivers love for early hip-hop of the G-Funk era. I Miss My Friends is an instrumental piece of melancholic electronica about the lonesomeness of the DJ on the road. Luckily for Oliver, and for the rest of us, he managed to get all his friends involved in his latest offering, which is as diverse and eclectic as it gets. At the heart of it is Olivers love for the music, something that can even be heard through the remixes of others.