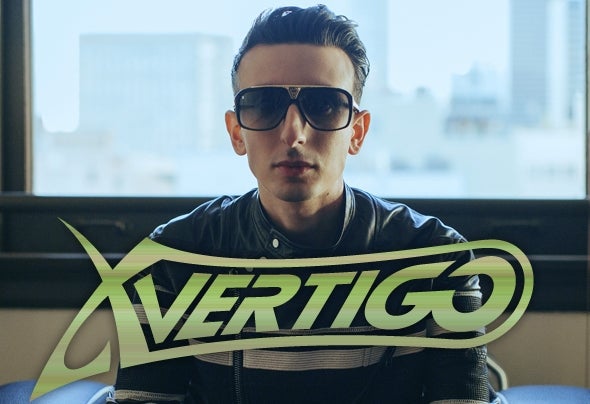 X-VERTIGO is set to be one of the big guys to watch for in 2014. Heavily supported by the likes of: Tiesto, David Guetta, Paul Oakenfold, Nicky Romero, Hardwell, T homas Gold, Dimitri Vegas & Like Mike, Sidney Samson, Morgan Page, Quintino, Alvaro and many more. He has been without a doubt one of the biggest up and coming Electronic Music Artist of 2013. This year alone he has signed on 3 of the biggest labels in today's industry. His single "KINGS" was signed on Tiesto's (Musical Freedom) and topped #18 on Beatport's progressive chart. he followed up with "Dusk" which was picked up by Armin Van Buuren (Armada) which topped #48. "Not Taking This No More" X-VERTIGO remix of: NERVO was signed by #1 Dutch Label (Spinnin' Records).X-VERTIGO is not only known for his track but also his frequent appearances in radio airwaves (i.e: BPM, Electric Area). In July 2013, he was invited to do a guest mix on Tiesto's Club Life #326 (3FM & XM Radio) which was broadcasted to 10 million listeners Worldwide. X-VERTIGO produces his own show 'X-VERTIGO Attack!' and hosts a residency at world known Radio FG which is heard daily by 400k listeners. He's received weekly guests such as: David Guetta, Benny Benassi, Paul Oakenfold, Sander Van Doorn, Markus Schulz, Deniz Koyu, Moguai just to name a few. 2014 is set to be a big year, be on the lookout!