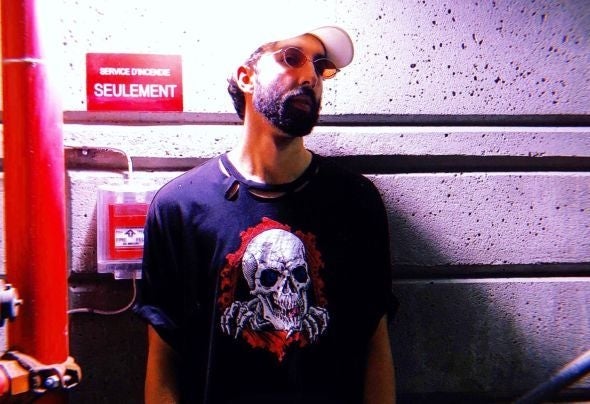 Montreal’s Johnny Trika is fast becoming the producer’s “producer” in the techno world. A devoted master of gear, Johnny is well practiced at teasing out fluid and darkly rich bass lines that keep the night club and festival crowds moving on the floor. Hear his music once and it is no surprise why Johnny is now being regarded as one of the new breed of live techno performers.After spending his late teen years in the studio mastering his sound, Johnny connected with Ali “Dubfire” Shirazinia, a meeting that led to 3 EPs on Dubfire’s prestigious SCI+TEC label. 2016’s ‘Day Tripper’ sat at the #1 spot on Beatport’s Minimal charts for over a week. Johnny is also featured on Matt Sassari’s ‘Panterre’ label, contributing with a remix for Matt’s own ‘Don Freeze Up’.Johnny keeps his live sets stacked only with original material, both released hits and unreleased gems. He has performed at Output, Stereo, CODA, BPM Festival (twice) and Block 33. He’s performed in Italy, Greece, Sweden, Spain, Portugal and Cyprus. He plays in Canada and the U.S. regularly. And, what’s more, his tracks are consistently featured in the DJ sets of heavyweights like Richie Hawtin and Dubfire and in the sets you hear at the big festivals like Time Warp, Awakenings, Tomorrowland. Johnny’s mission is to push the development of techno and to never let it sit stagnant all the while injecting his own artistic essence.Johnny’s focus and intensity bleeds into his live performances, showing up in his experimentation with track arrangements live to produce sets that cannot be duplicated again, all the while delivering the patented “Johnny Trika” sound to the dance floor.