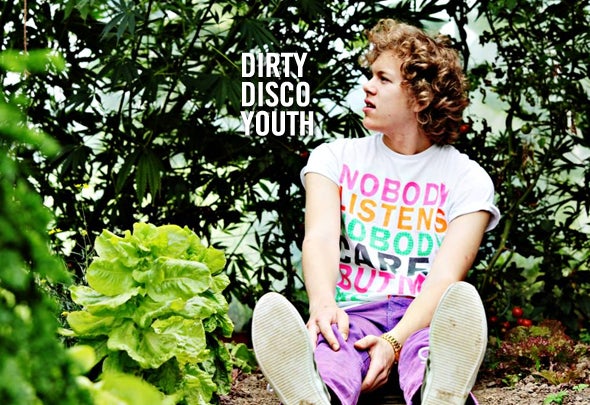 At the age of 5 Philip Speiser aka. DIRTY DISCO YOUTH started playing the piano as an autodidact. Guitar bass and drums followed until he was thirteen. At this age he joined an electro party which was the reason why he began producing and djing. At the age of 15 he began making music under the nickname "Dirty Disco Youth". Soon he was main act at the biggest electro events in Austria. His productions found their way through the internet and became airplay from big djs and radio stations around the world. At only being 16 years old, he played in London as headliner of one of 2007s biggest warehouse partys and even at the famous "New X Inn". Being hyped as the new "Wunderkind" gigs and Interviews at radio and tv stations followed, as well as positive articles and features in several magazines. A mexican mag, even awarded him the "best new talent 2007". At the beginning of 2008 he released the Track "The Kids want maximal" through several online magazines. The track caused a stir because the word Maximal stands for Maximal Electro which is Dirty Disco Youth's way to refrain from Minimal Techno. Also at the beginning of 2008 his remix of the Belgian Rave classic "Vamp" gained attention from Dj's and radio stations all around the world. 2008, several remixjobs and gigs later, he moved to Hamburg and had his first big release on "Etage Noir Recordings". In late 2008 and in 2009 he did more official remixes than most other remixer in his whole life.He didn't only make remixes for well known indie labels he's also working for majors like "Warner Music". Phil is in his Studio most of the day and this is why he has loads of releases coming up.There are several releases out on labels like Street Beats(London),Kinetika(New York) and his own label DIRTY DISCO TRACKS. For the upcoming Singles Superstar-Dj Steve Aoki has signed Dirty Disco Youth for his super-hip label DIM MAK.. but not only the next singles, also the first album will be out worldwide through the probably biggest Electro label right now, where acts like MSTRKRFT, BLOODY BEETROOTS, BLOC PARTY, THE GOSSIP and many more did releases recently. Phil Speiser is also doing Productions for other well known artist for example the next Album of the really famous "Chicks on Speed" will be produced by him..